My former downtown office was adjacent to a pedestrian alley known throughout the city as Alley A. Shops, restaurants, and apartments open up onto the walkway and it’s become a lively pedestrian thoroughfare. 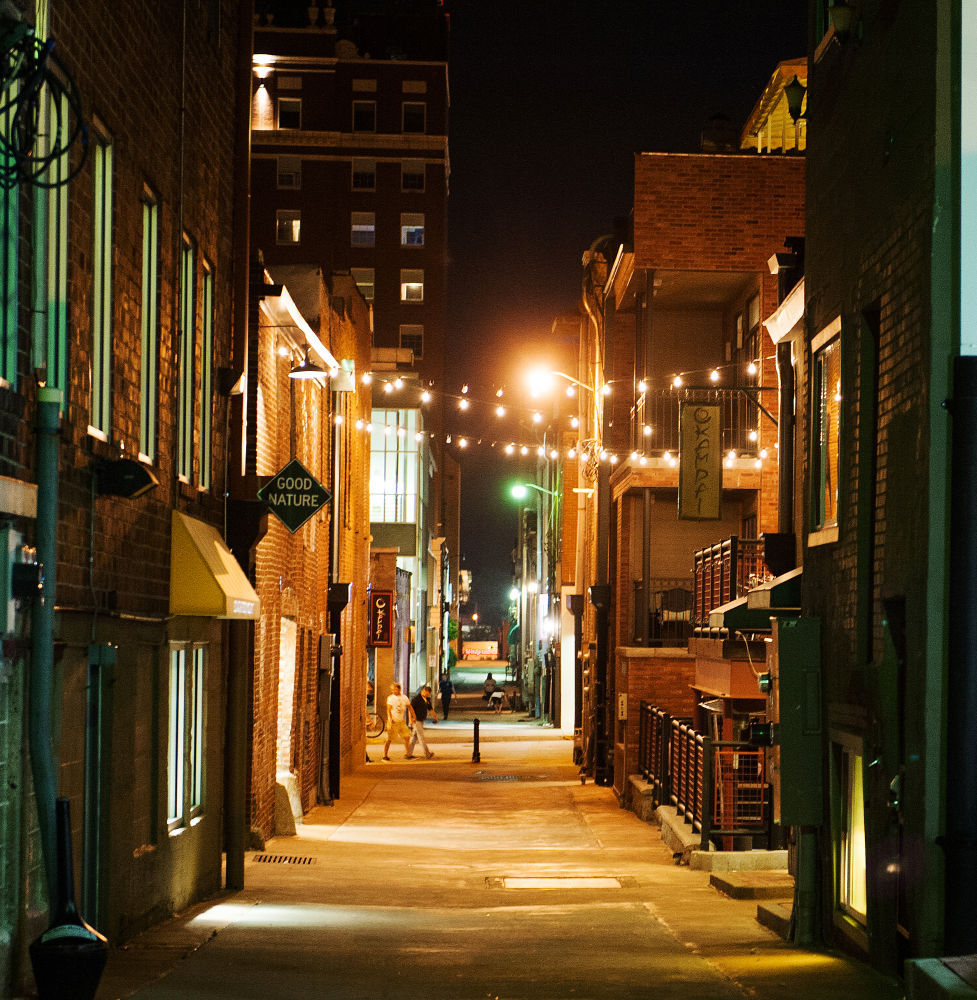 It wasn’t always this appealing. Drainage was a huge problem and the alley became a skating rink during the height of winter. Prior to the historic renovation of the adjacent buildings, the back doors doors were designed for employees only and cars often double parked in the alley for hours at a time.

The property owners came together to commit funds to improving the alley and I gave an impassioned speech to the city council about the benefits of a public-private partnership. The city came on board and alley improvements began. Interestingly enough, one of the main obstacles was that the alley was unnamed and thus no building permits could be issued. “Alley A” was intended as a stop gap but by now the name is far too embedded in the community to change.

On a recent visit to Detroit I was absolutely blown away by an alley lined with art. Not just what you normally consider public art—murals, statues, and so forth—but large canvases suitable for a galley. 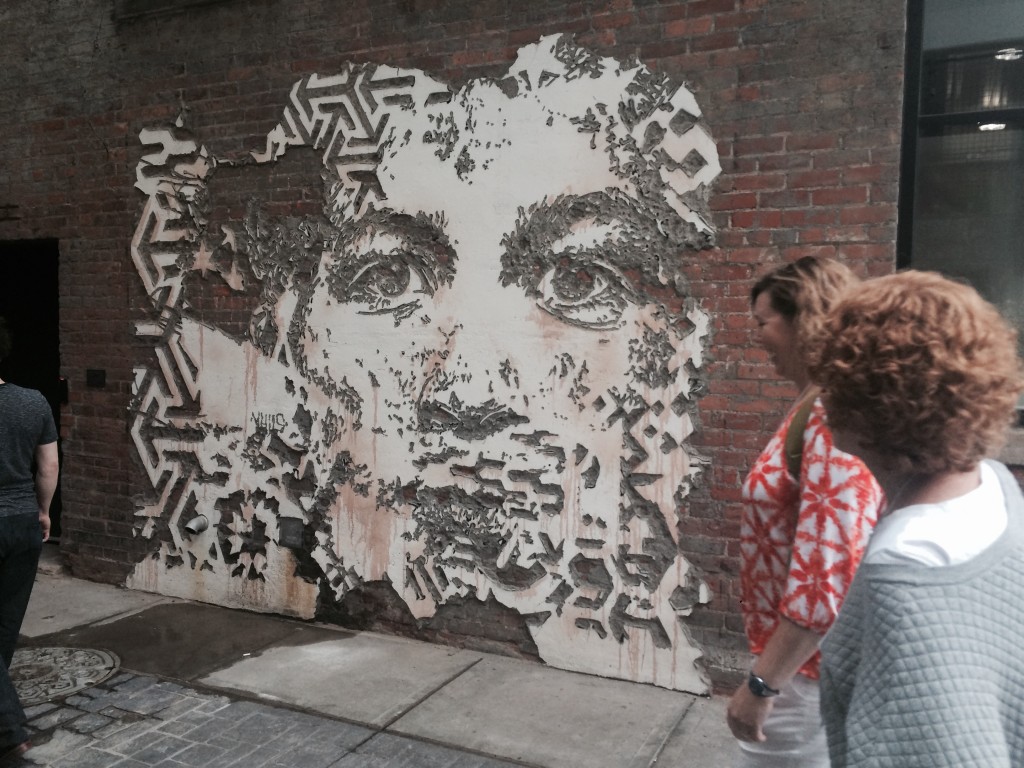 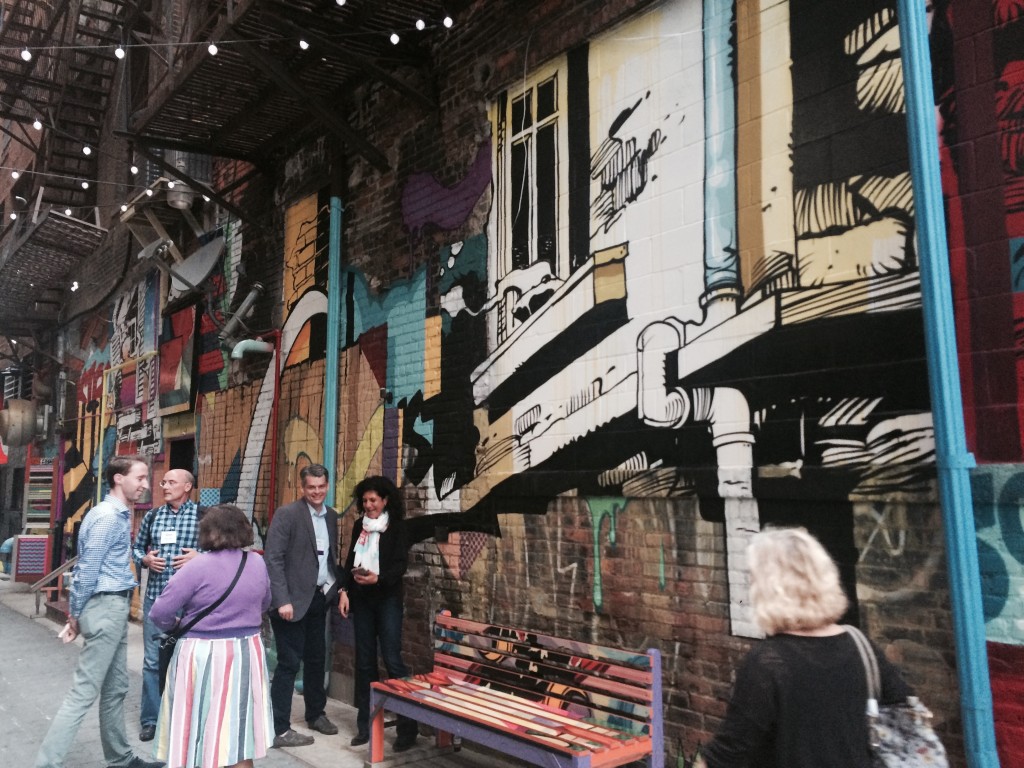 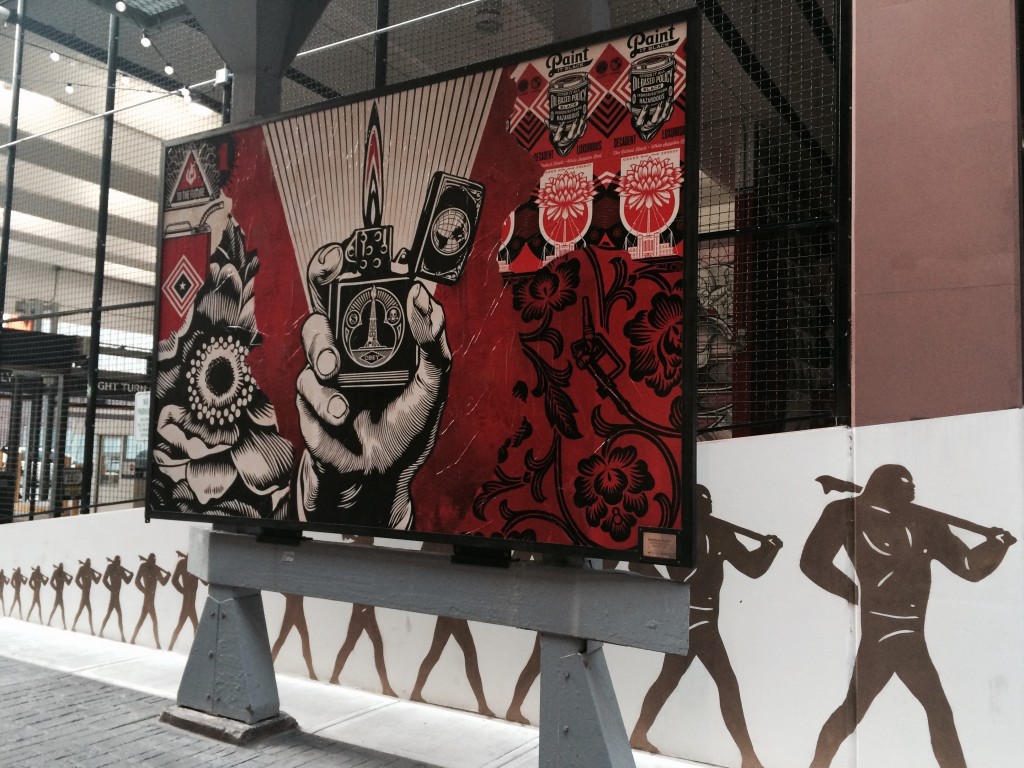 Now of course, alleys need to remain fairly utilitarian to handle the necessary city services that simply aren’t appropriate for the front-facing part of the building. Trash containers, recycling bins, telephone and electric wires, and even parking are all better suited outside the back door than the front. On a trip to New York, one of the most surprising sites was the pile of trash blocking the sidewalk outside the restaurant we visited. 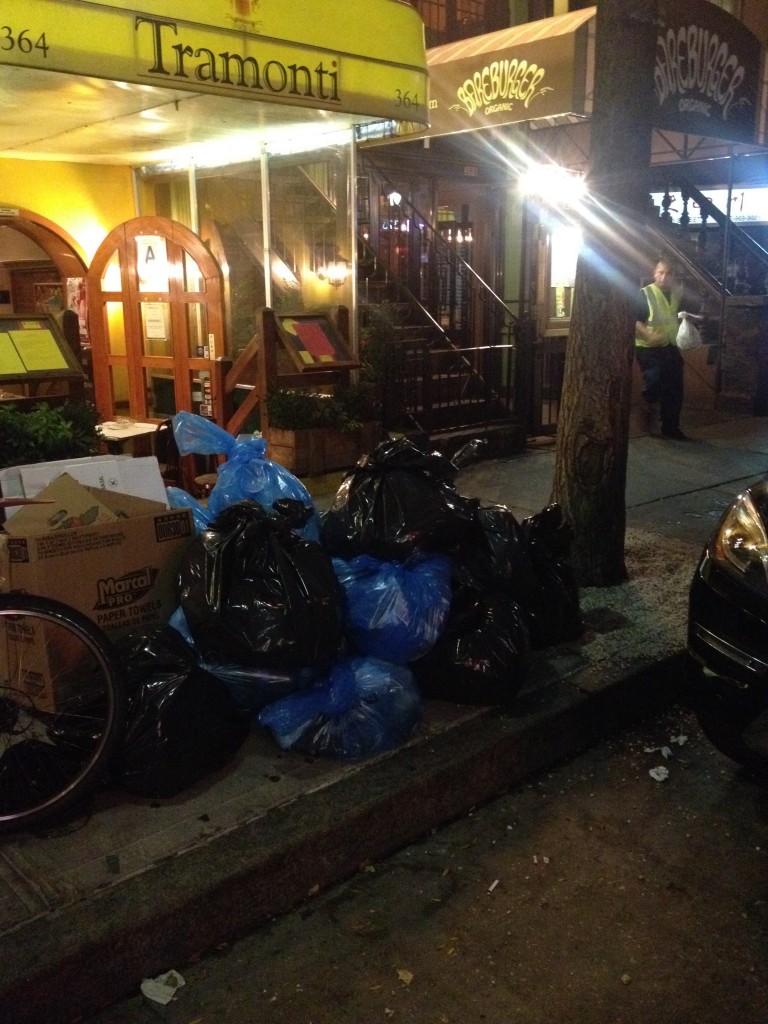 The question then becomes how we can make even basic alleys more interesting, even though they are being used for these run-of-the-mill purposes. The goal shouldn’t be a glossed-over, Disneyland version of an alley. The goal should be to create spaces that are both interesting and utilitarian.