Are national chains still the key to success?

Like many who work in downtown economic development, people often approach me asking, “Why don’t we get a Gap? (or Banana Republic, Ann Taylor, Loft, or H & M.)” It’s a legitimate question. These stores are usually found down the road at the mall and the demographic of the customers often fits well with a particular downtown.

Still, any downtown that’s asking this is asking the wrong question.

To begin with, many of these larger retailers are still struggling––often because the economic downturn blindsided them in a moment of expansion. Gap is closing 175 of its 675 stores, and that’s on top of the stores they closed just a few years ago. Even retail stalwart J. Crew has seen same-store sales drop and according to the New York Times:

J. Crew has lots of company. Abercrombie & Fitch has been hit by slumping sales and its stock is trading at six-year lows. Same-store sales are down at Gap Inc. Aéropostale is fighting for its survival.

Combine this with the well publicized slump in traditional malls—where shiny new malls built a little further out from the center simply steal customers from the older ones—and you’ve got some chains struggling to rethink their strategy as a result.

In contrast, outlet malls seem to be growing in popularity. According to a recent article in Next City, “40 new outlet centers opened from 2006 to 2014 and over 150 retail chains plan to open outlet stores in 2015.” Again, they chalk this up to the economy and the desire of consumers to find a bargain (even if it’s really not that much of one.)

Outlet malls used to be a place customers travelled to. In fact, in many areas they were legally required to be a certain distance away from regular “full-price” malls. In Missouri at least, those far away outlet malls are now empty hulks in the middle of fields as the newer outlet malls move closer in. In a small bright spot, Next City highlights the story of a downtown mall circa 1970 that’s getting a complete makeover as a downtown-based outlet mall and suggests this may be the new option for many other urban downtowns. 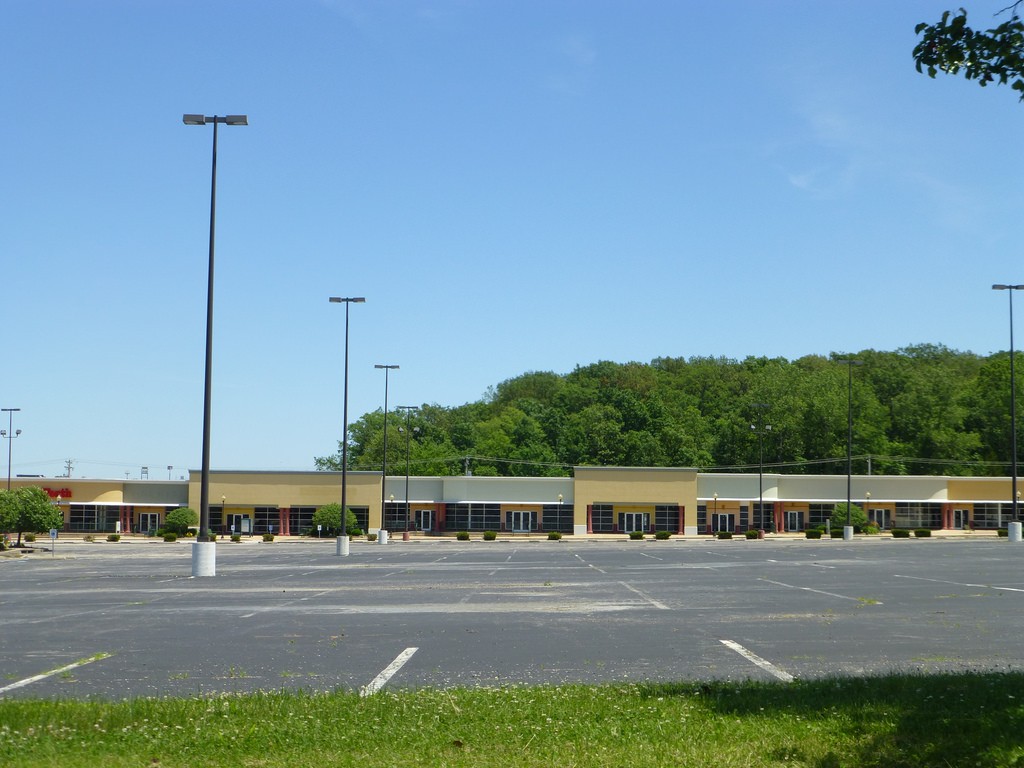 Is that now the future of downtowns? Perhaps, but it’s probably more complicated than that. National chains, particularly the successful ones, are opening so many locations, they don’t have time to fuss with historic buildings, unreachable landlords, and expensive build outs. They want a white box ready to go. If a downtown has the investment capabilities to rebuild a dying mall into a workable outlet mall, certainly.

That’s not the only way forward though. We tend to forget that every business district has its own niche where it performs best. The downtown I managed did well with local shops, farm-to-table restaurants, art galleries, and a lively bar and music scene. The business district I’m managing now is a mix of educational uses and Saturday morning retail focusing on home and auto—an improvement district in every sense of the word. In either location, I would have welcomed a national chain but I never saw one as a silver bullet.

Nationals certainly have their place and that place can certainly be in a downtown. But let’s not look at them as the saviors of a business district. Instead, why not take a look successful local businesses in your area and figure out a way to do more of that?