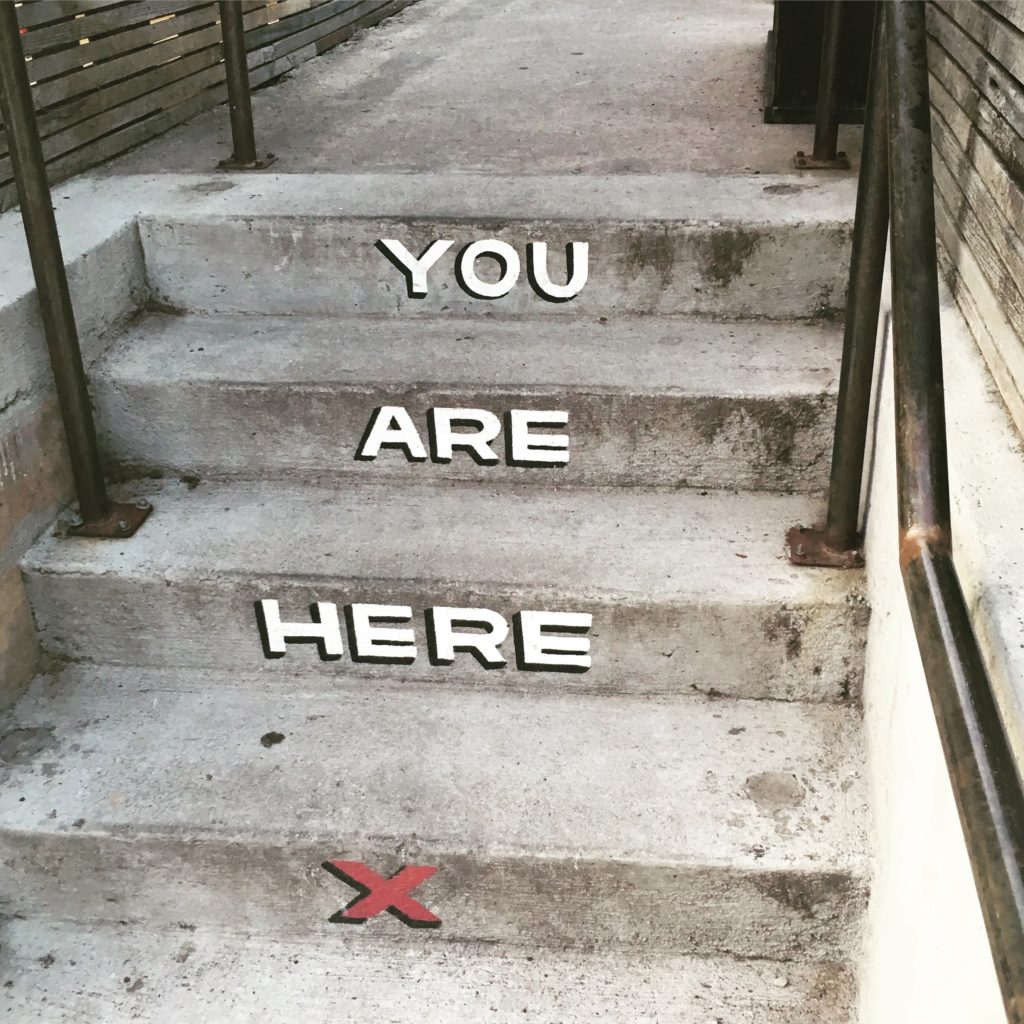 In urban development circles, it’s common to talk about public art as a way to create a strong identity for an area. For hundreds of years, cites have placed works of art in their public squares and that tradition continues today.

What we tend to overlook is the power of graphic design in our cities—using images, words, or graphic forms to convey a message or an identity. Perhaps we don’t think of graphic art as “real art” or the impact of graphics is too subtle to spark our imagination. Whatever the reason, it’s time we all took a second look at how smart graphic design can help transform an area in unexpected ways.

A great example is parking garages. Visitors need to quickly understand where to park, where to pay, and how to find the exit. They also need to remember where they left the car after a day of shopping. The traditional public works approach is to add signs. If people are confused, add more signs.

A graphic designer, on the other hand, will use color, images, and forms to convey this information. Ponce City Market—a rehabbed Sears & Roebuck warehouse in Atlanta now home to retail, restaurants and creative offices—does a fantastic job of using graphics to enhance the visitor experience. In their parking garage, a playful image of a car points drivers to the correct ramp while the image of a bike lets everyone know where the bike parking is located. Colorful arrows and welcoming messages guide visitors through the garage to the adjacent shops. 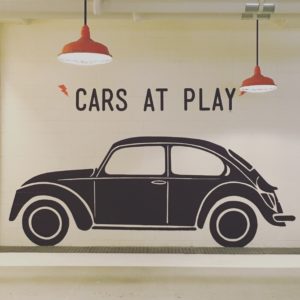 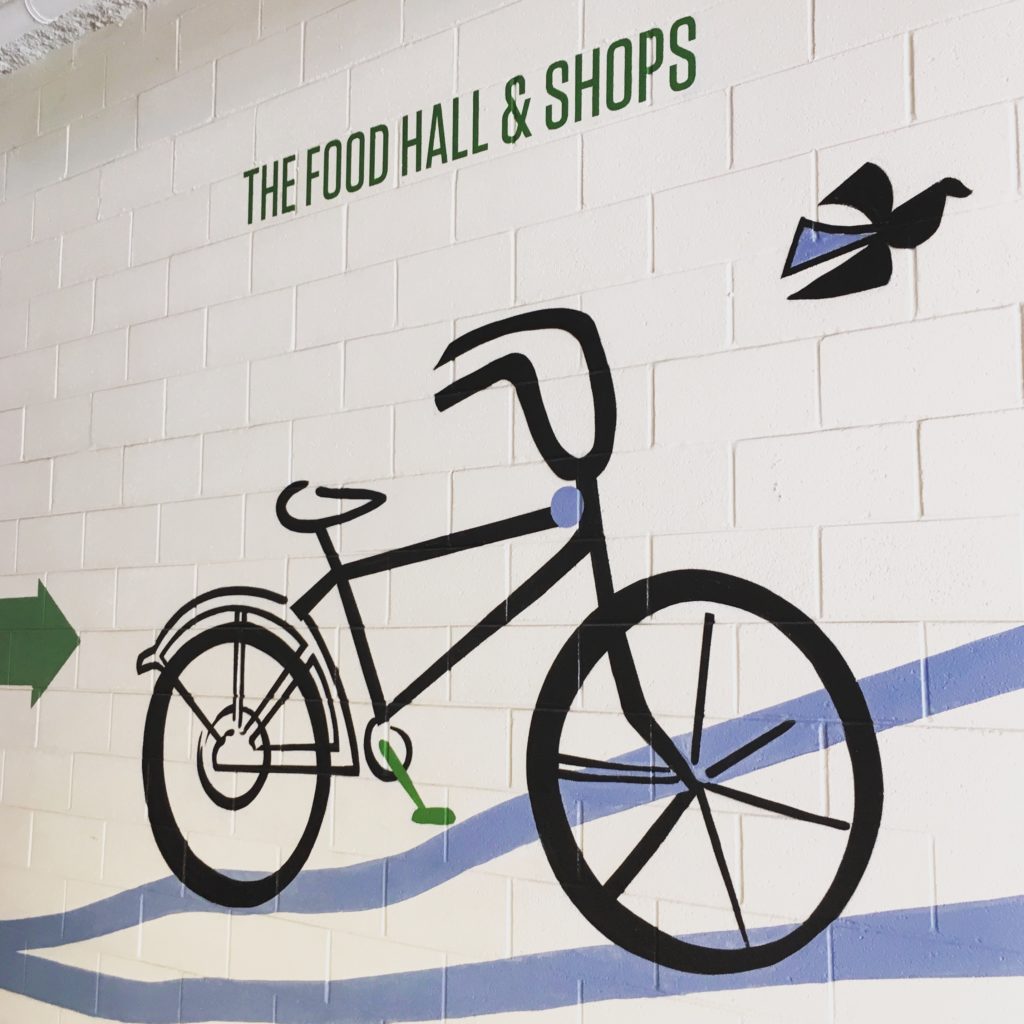 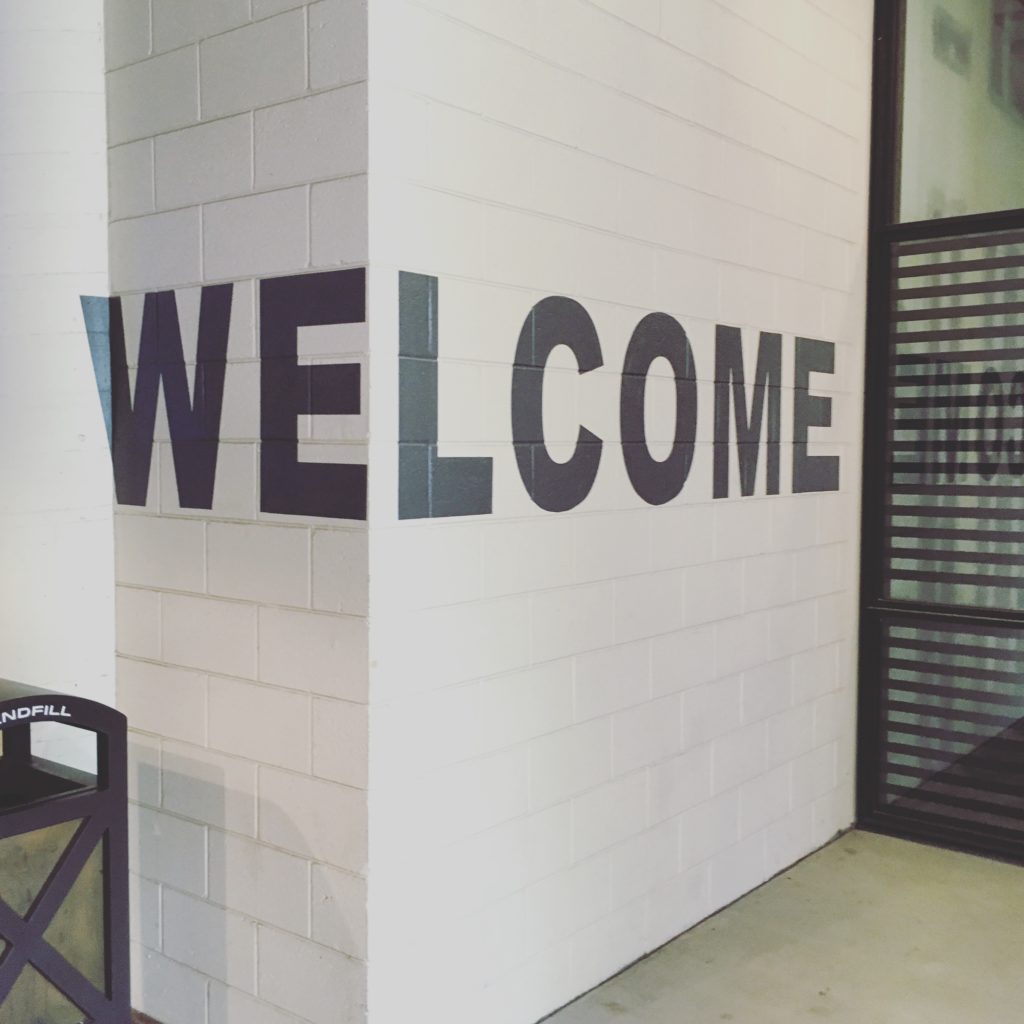 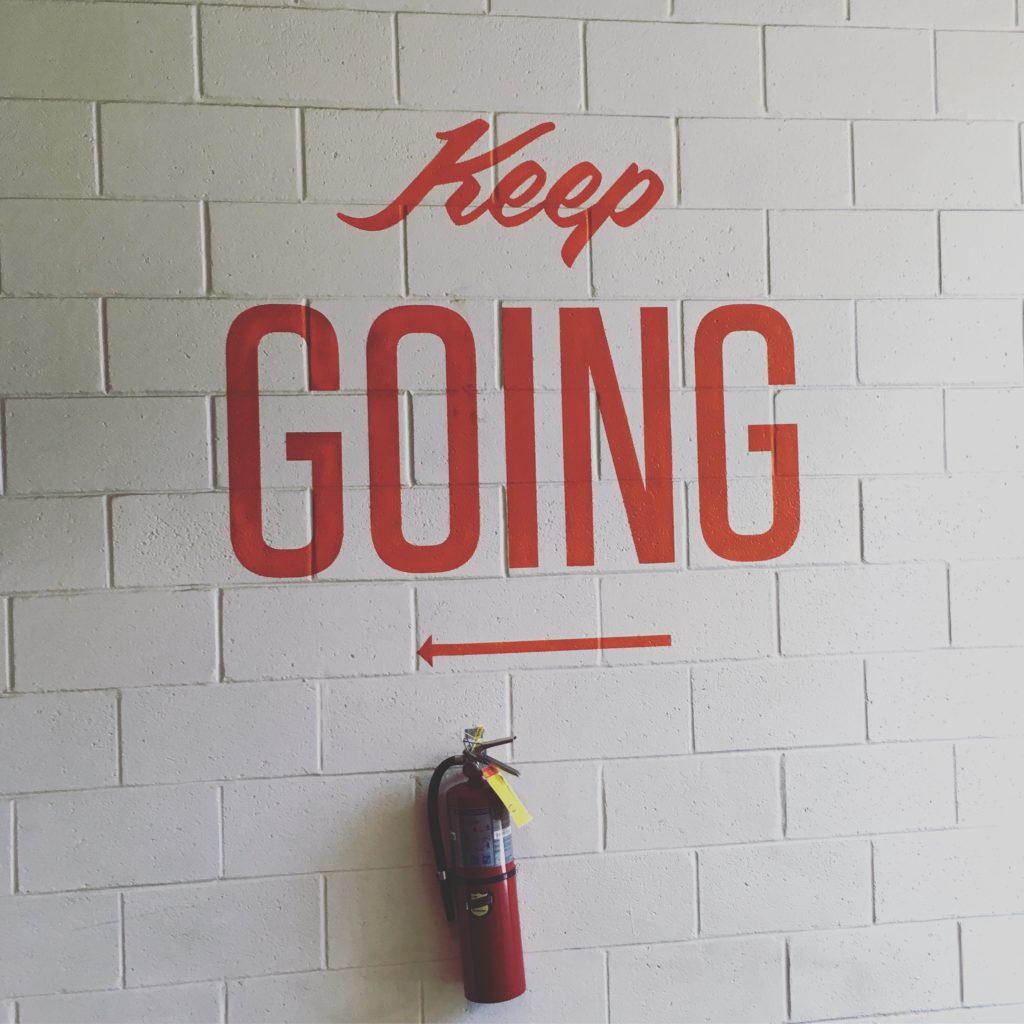 But the parking garage is just the beginning. Ponce City Market also integrates graphic design into the overall architecture of the building. The bright orange graphics are so playful a visitor may not notice they are being purposefully directed through the building. These graphics not only convey information, they express the market’s identity. To attract high end creative workers, the work spaces themselves need to reflect this creativity. Employees of architectural firms, tech startups, and online marketing companies aren’t going to be interested in working out of a plain white box of an office. Ponce City Market knows that, and they use graphic design to get an edge in attracting these employees. 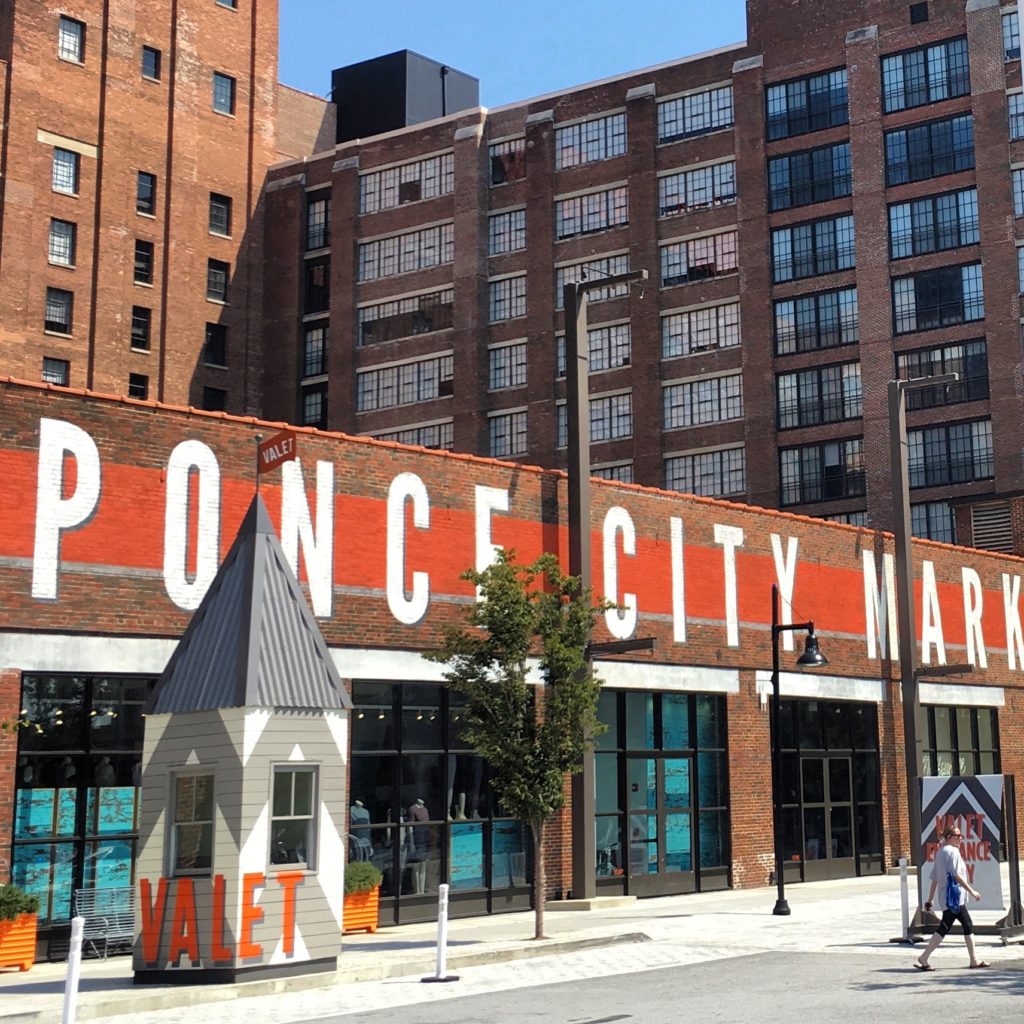 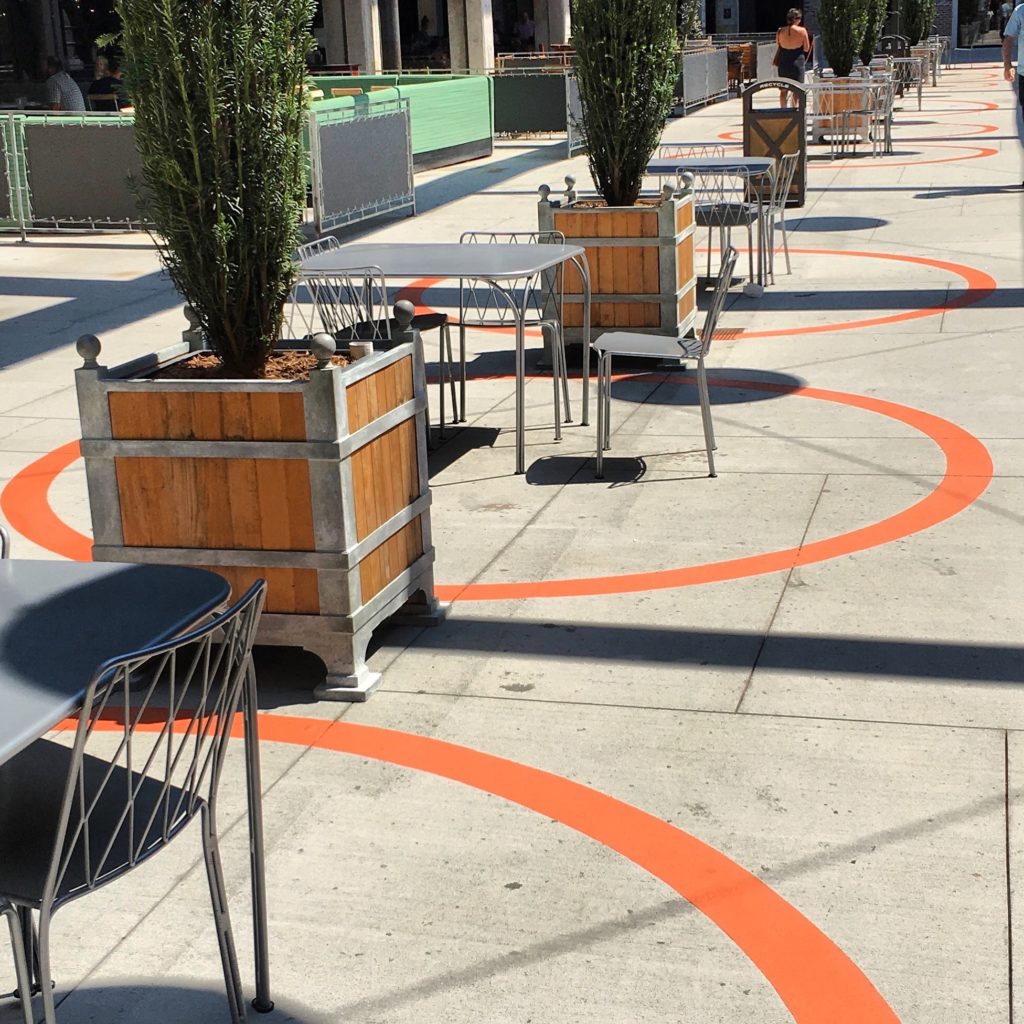 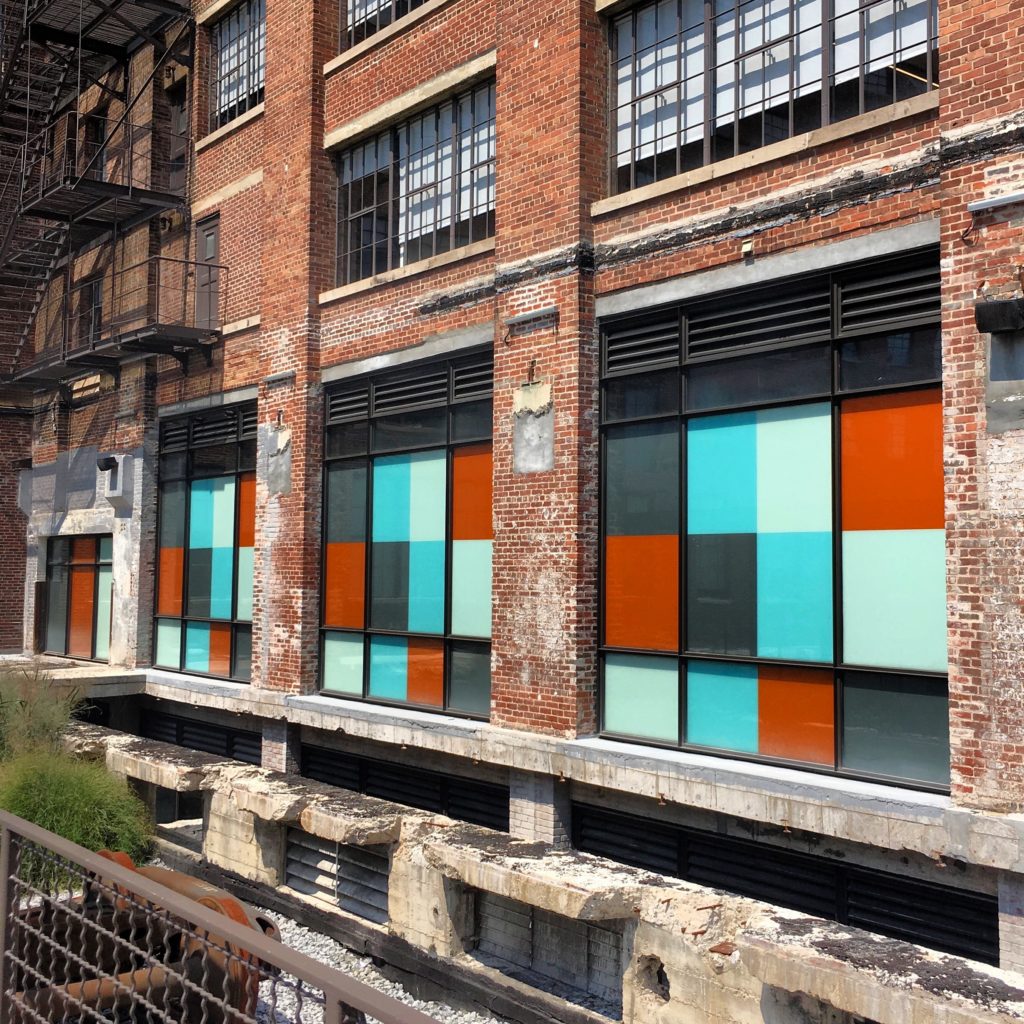 Ponce City Market is not alone in their efforts. Cities are increasingly using graphic design for urban planning—as a substitute for traditional signage, as a way to enliven a street, or even to bring attention to the planning process itself.

One key selling point of our new urban design team Arcturis was their understanding of the power of graphic design to quickly create an identity for The Loop. For a project that will be primarily focused on infrastructure improvements, it’s important to remember that turning lanes and sidewalks while important, aren’t enough to convey a sense of place. Smart graphic design elements will help us convey a message, guide visitors, and manage interactions. But most importantly, it can help us tell the story of The Loop.

Such interesting architecture in Sioux City. 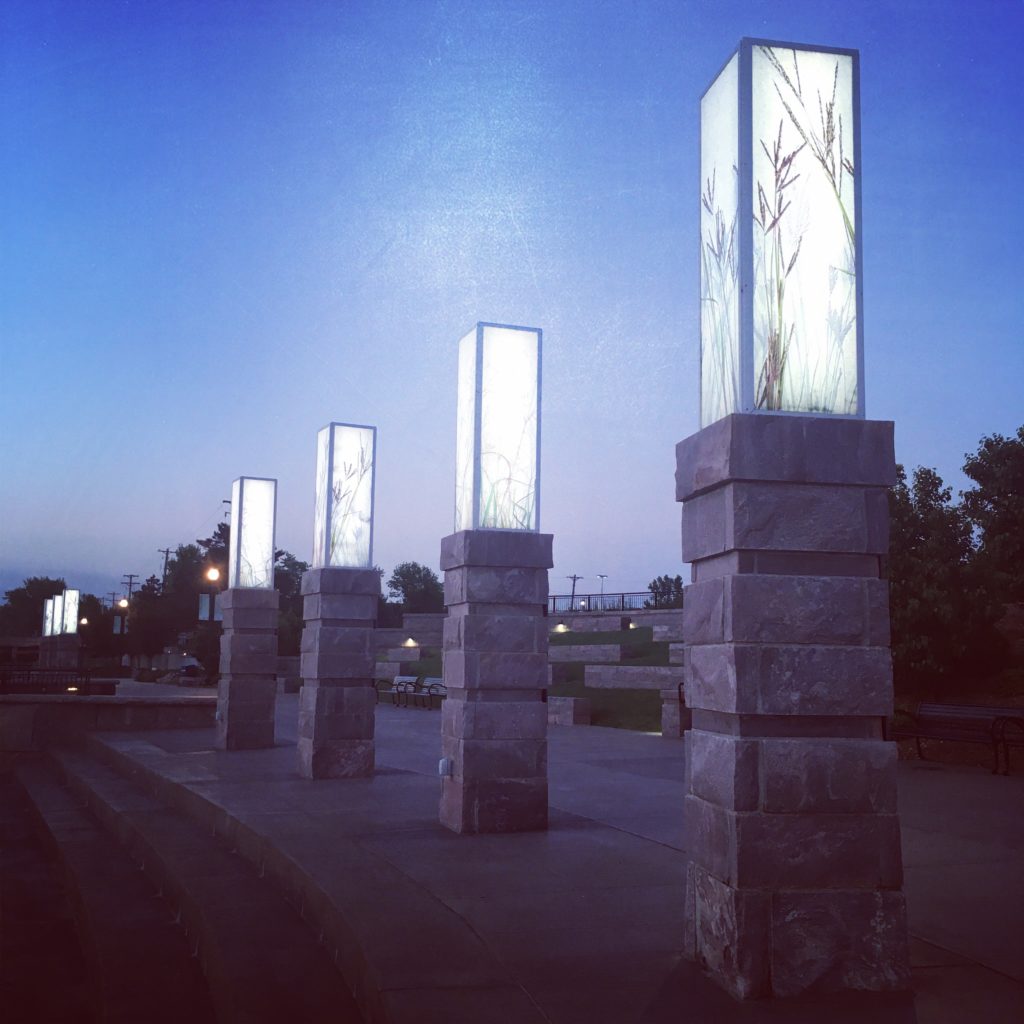 Embracing the “Public” in Public Use 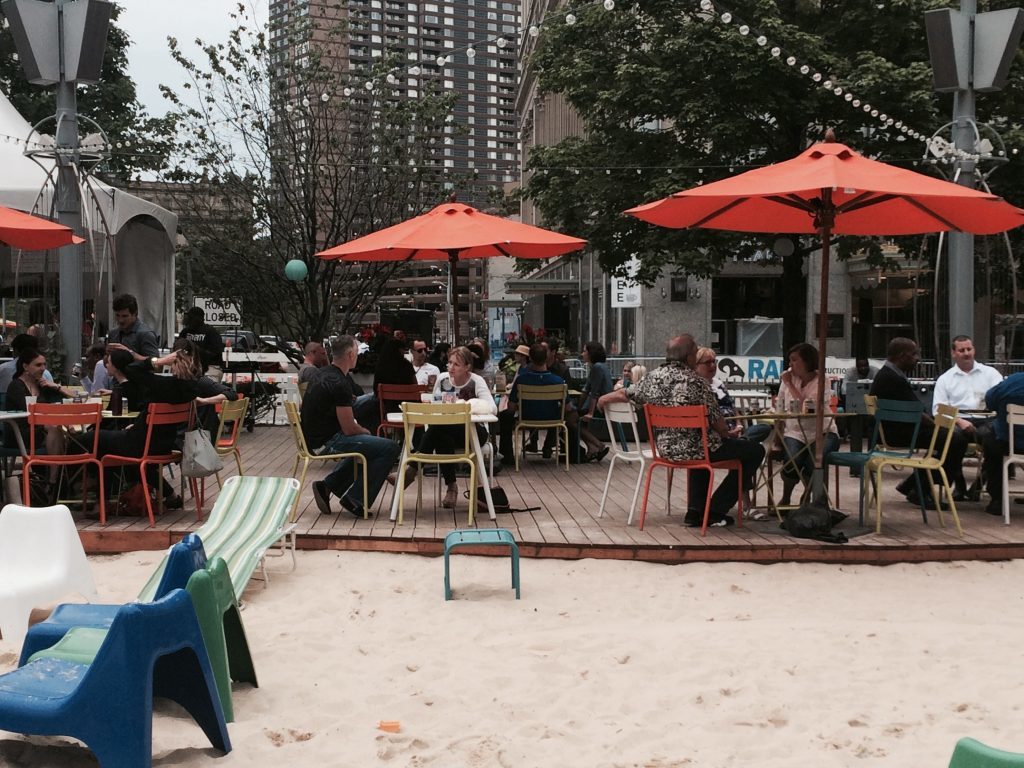 A “beach” in downtown Detroit offers citizens a public space to make their own — a successful feat of city planning.

We travel down streets everyday, but rarely do we ask how this messy mix of buildings, people, and infrastructure came to be. Who planned this?

Planning used to be fairly straightforward — it came from one person with a vision. A planner would look at a public space, decide the best use for it, and then inform the public. We’re all familiar with the spaces created by these men of vision. Pierre L’Enfant and his Washington, D.C. Lucia Costa and his Brasilia. Walt Disney and Tomorrowland.

But the problem with public spaces is that the public insists on using them. So for every famous man who plans a grand boulevard lined with monuments celebrating democracy, you’ve got a much less famous man who decides it’s the perfect place to sell T-shirts.

Streets are public spaces, and people are constantly adapting, molding, and reinventing these spaces to fit their needs, which don’t necessarily fit the vision of the planner. But that’s exactly what makes a street interesting — the ways people choose to use it. I would argue that any public space that isn’t being adapted by the public is, simply put, a poorly designed space.

So, given this, what’s the best way to plan? And if streets are constantly changing as they’re used, what’s the role of the planner?

At The Loop, we’ve just completed interviews for a firm to develop a master plan for the Business Loop, and we’ve been asking ourselves this very question.

The road formerly known as U.S. Route 40 might have been planned by someone at some point, but over the decades, the street has taken on a very different role than the cross-country highway it once was. With very little formal planning or infrastructure upgrades, it nevertheless became an economically healthy street. Businesses focusing on home improvement and autos were successful, so other folks soon opened similar businesses nearby. Customers expanded their shopping footprint and the street became appealing to more businesses. Author Steven Johnson describes the creation of a business district in terms of “swerve,” and businesses continued to swerve to The Loop until the street turned into some of the best Saturday morning retail in town.

Any planner will have to understand the strengths of the street and help us build upon them, but they’ll also have to realize that some of the best planning isn’t planned. It’s not about managing every little aspect of the street; it’s about creating the right conditions for swerve to happen. 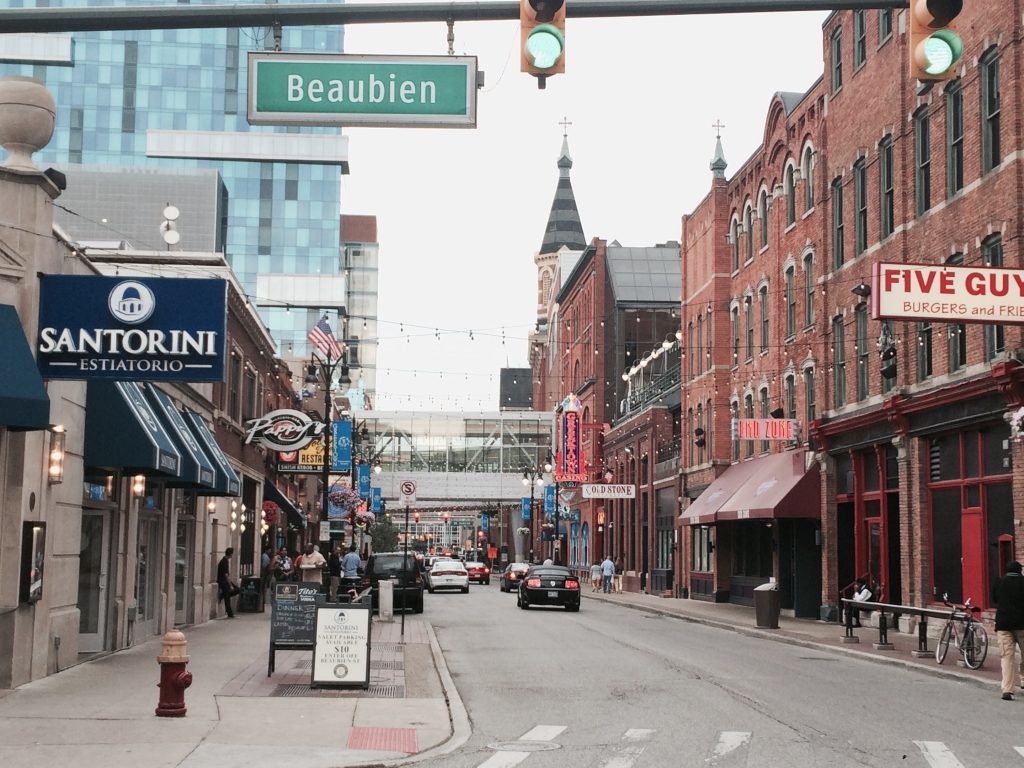 A street in Detroit benefiting from a well-tailored plan.

How will we do this? We’ve already started the process by asking people how the street could work better. A planner’s job is to listen to this input and translate it into a mix of infrastructure, landscaping, signage, and art—in short, to create public spaces along the street so people can continue to adapt The Loop to fit their needs.

We want the public to be a part of this process. We’ll be hosting meetings, taking surveys, and posting our ideas online because we want a public street that is truly made for and by the people. 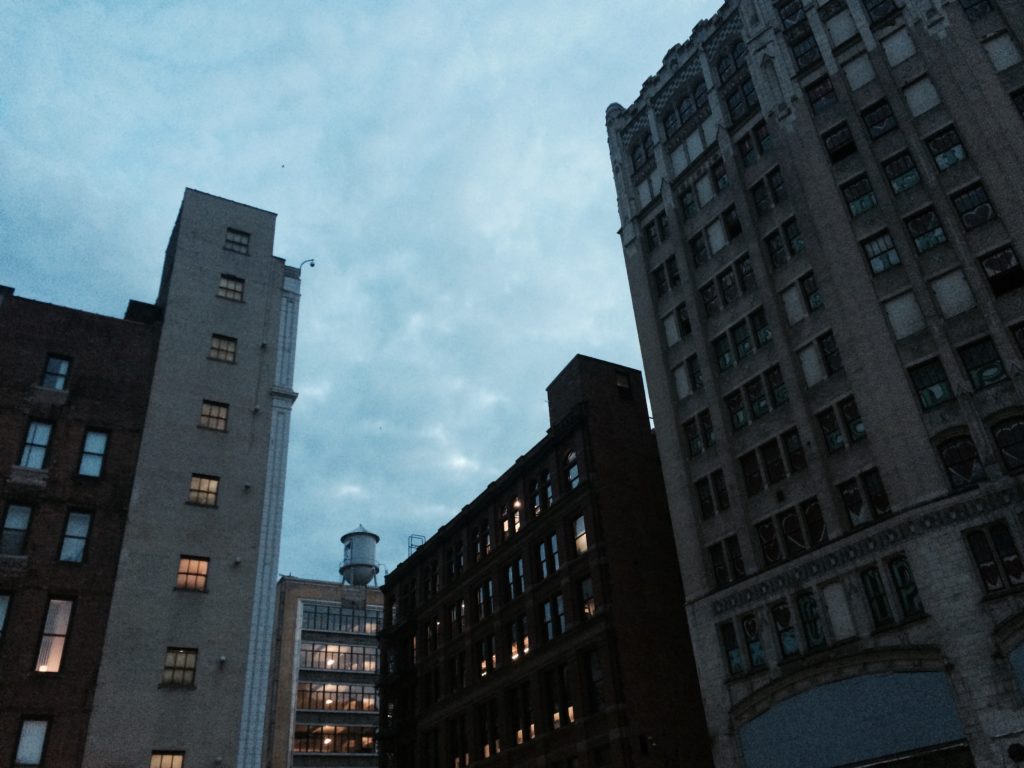 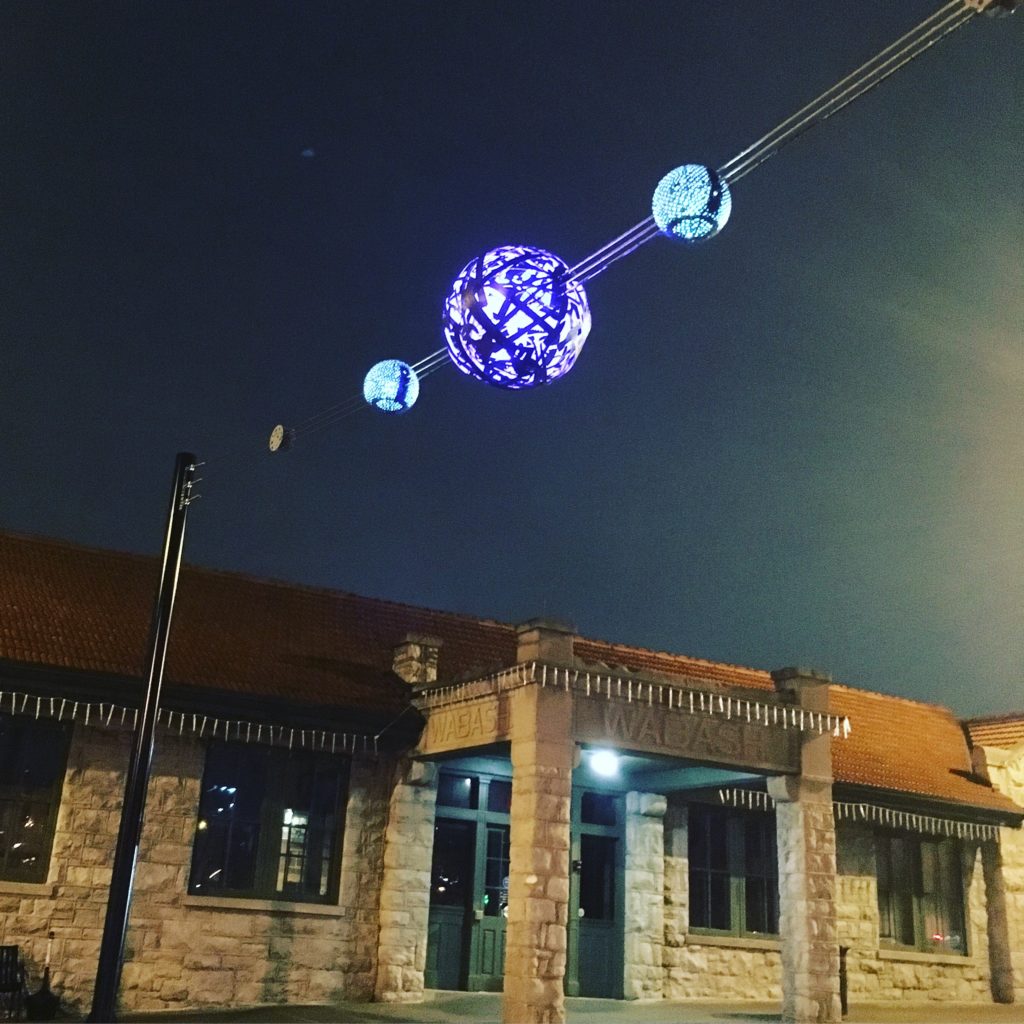 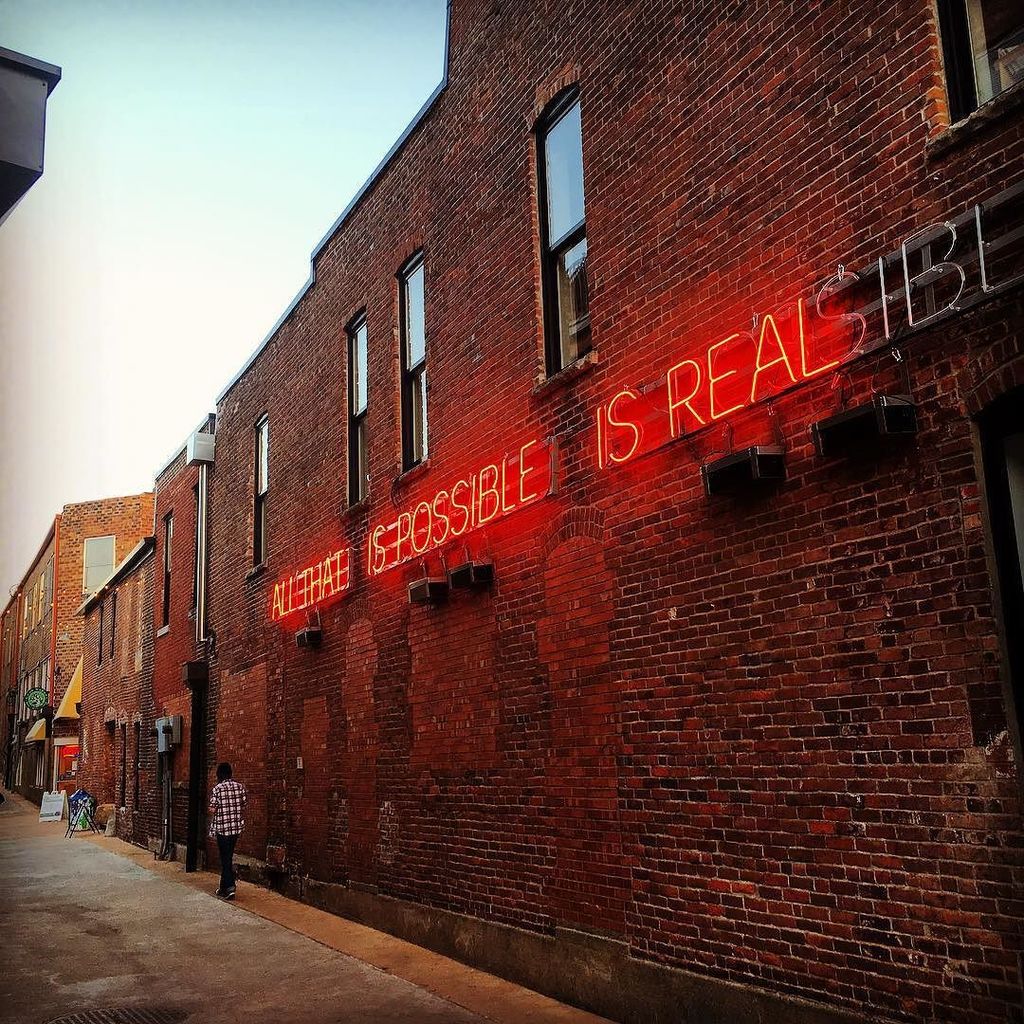 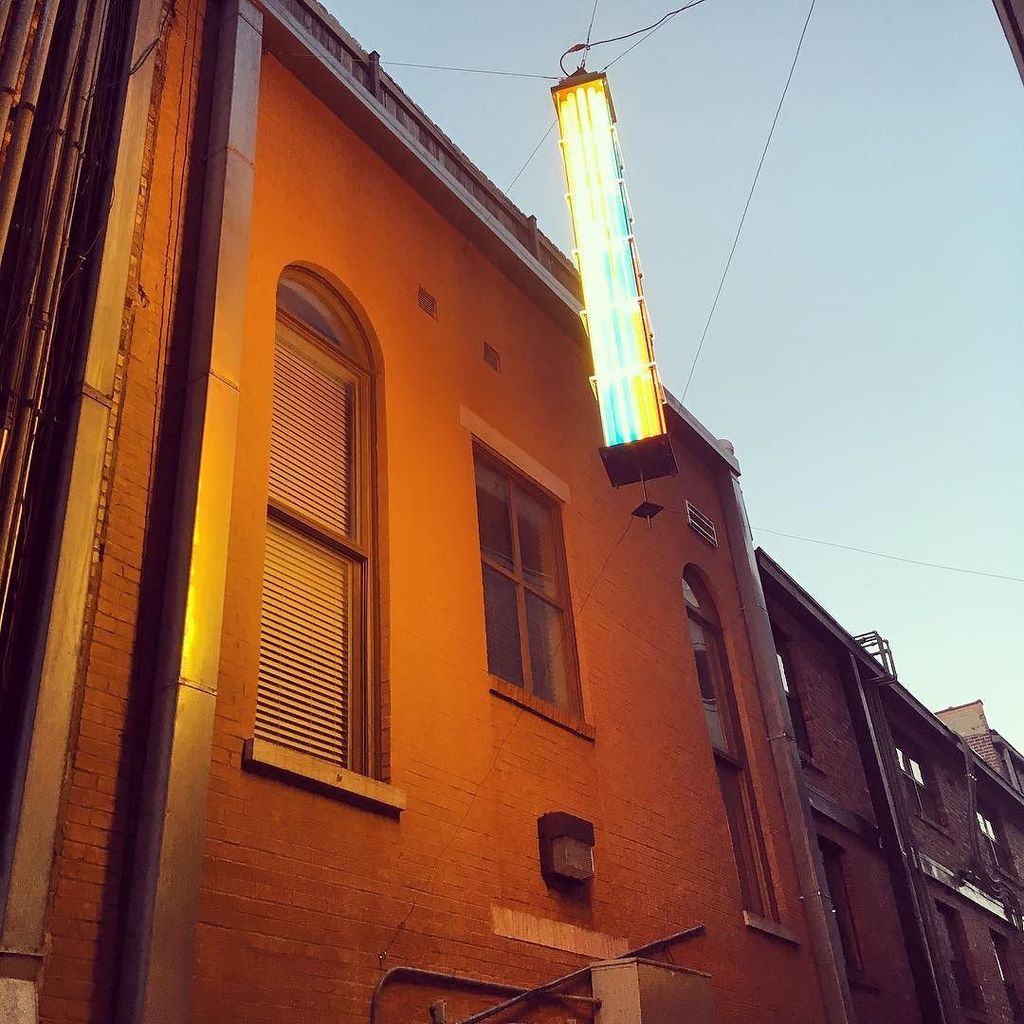 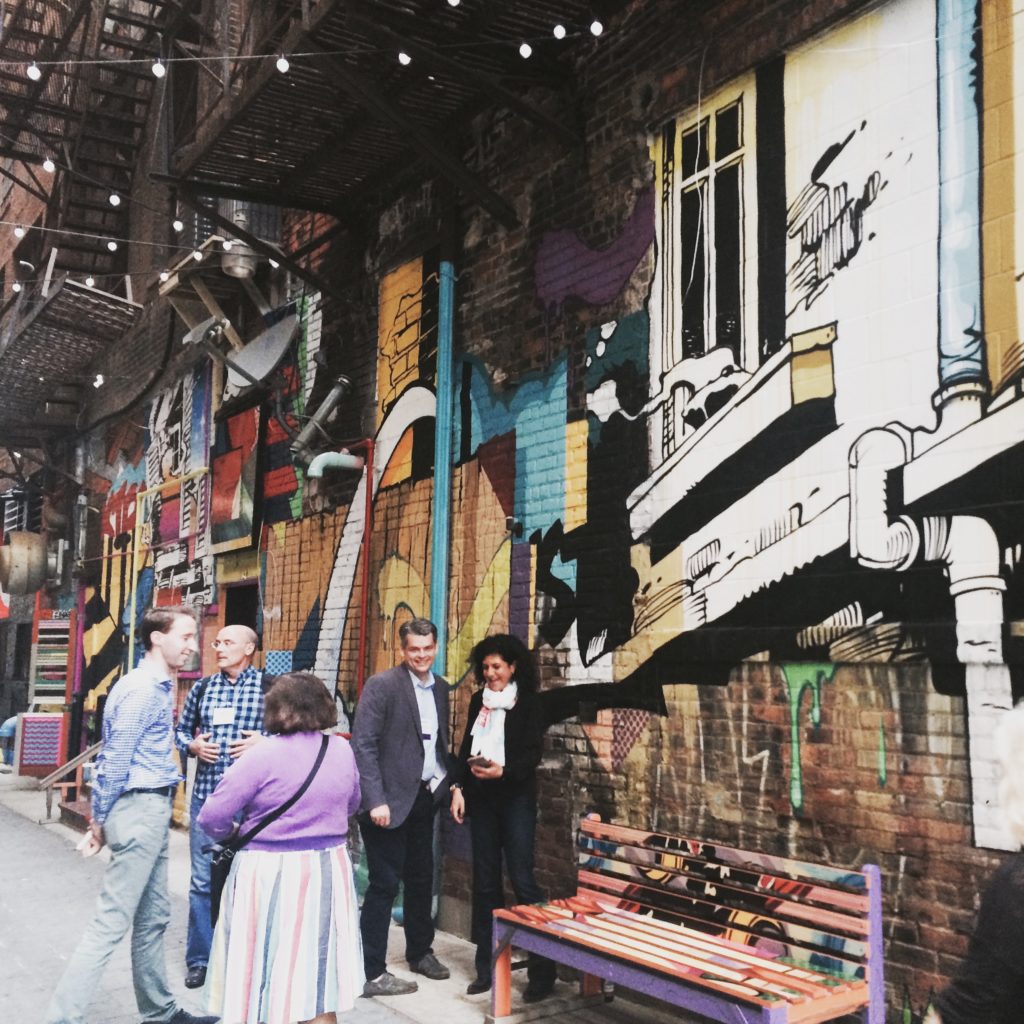 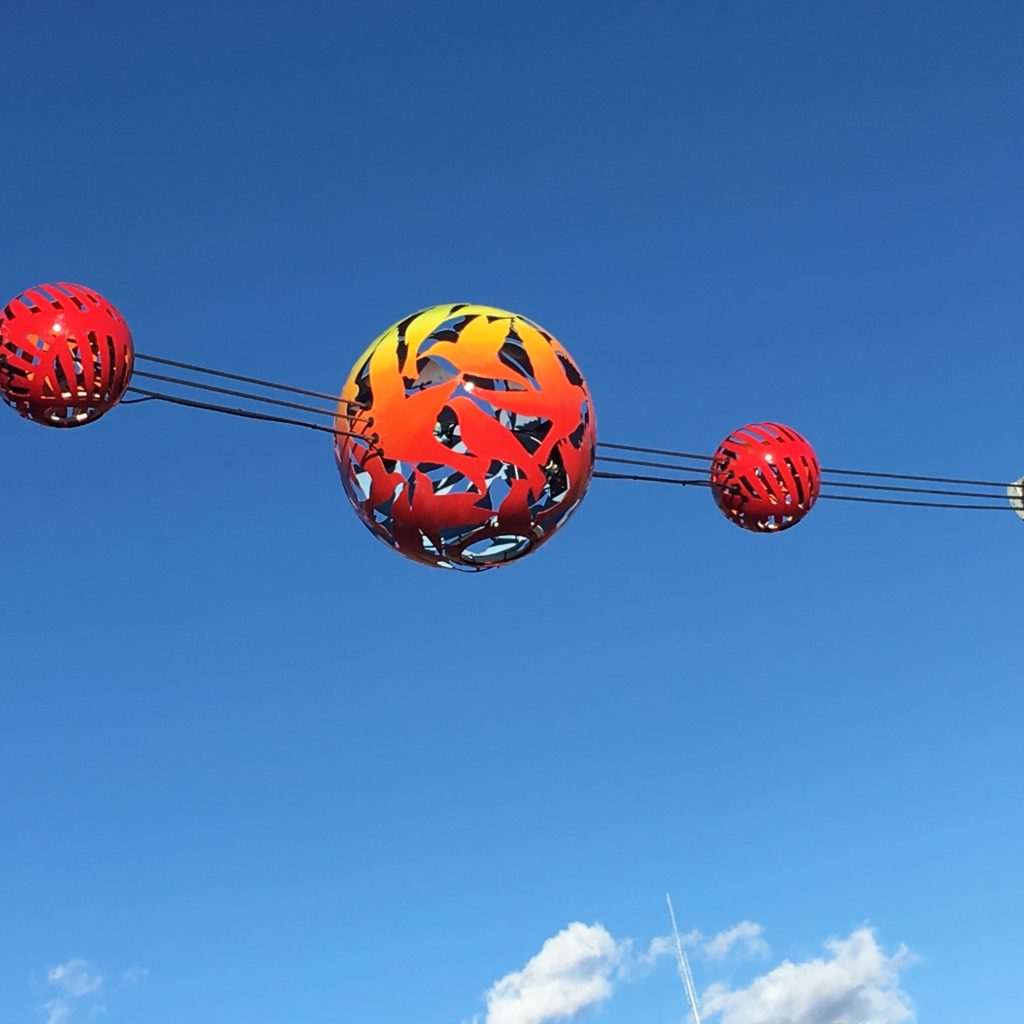 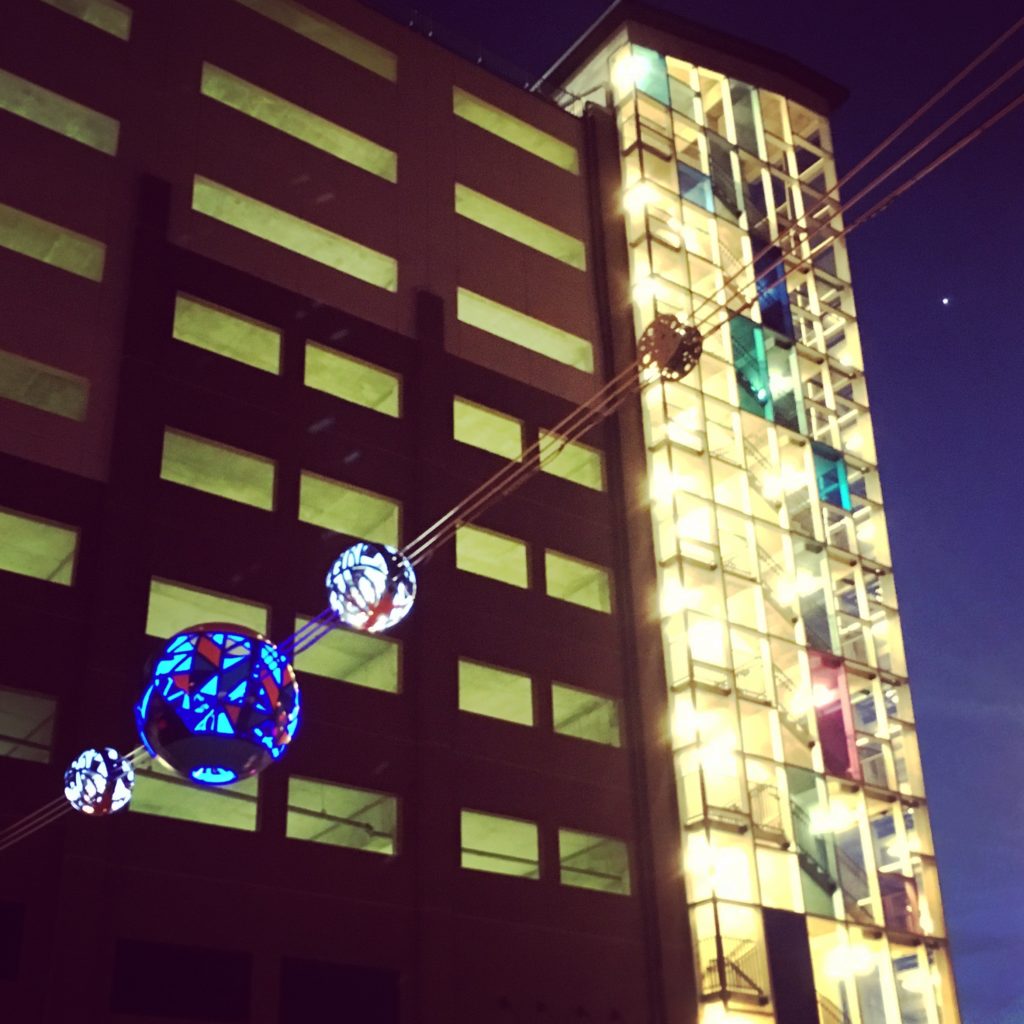 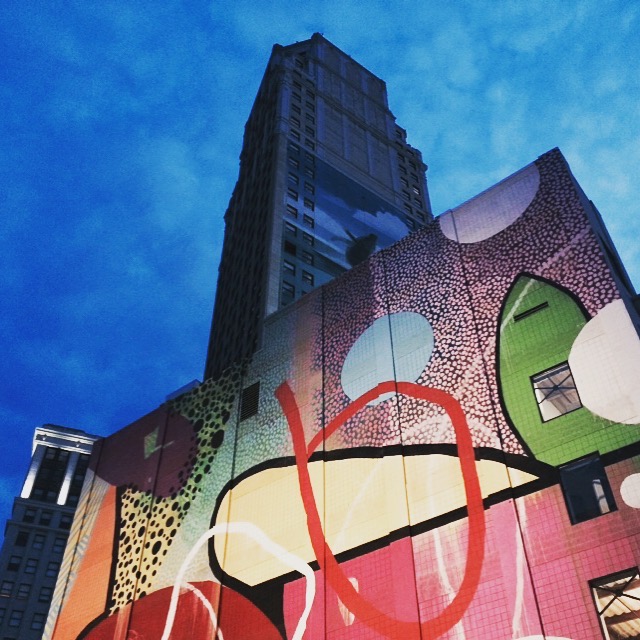 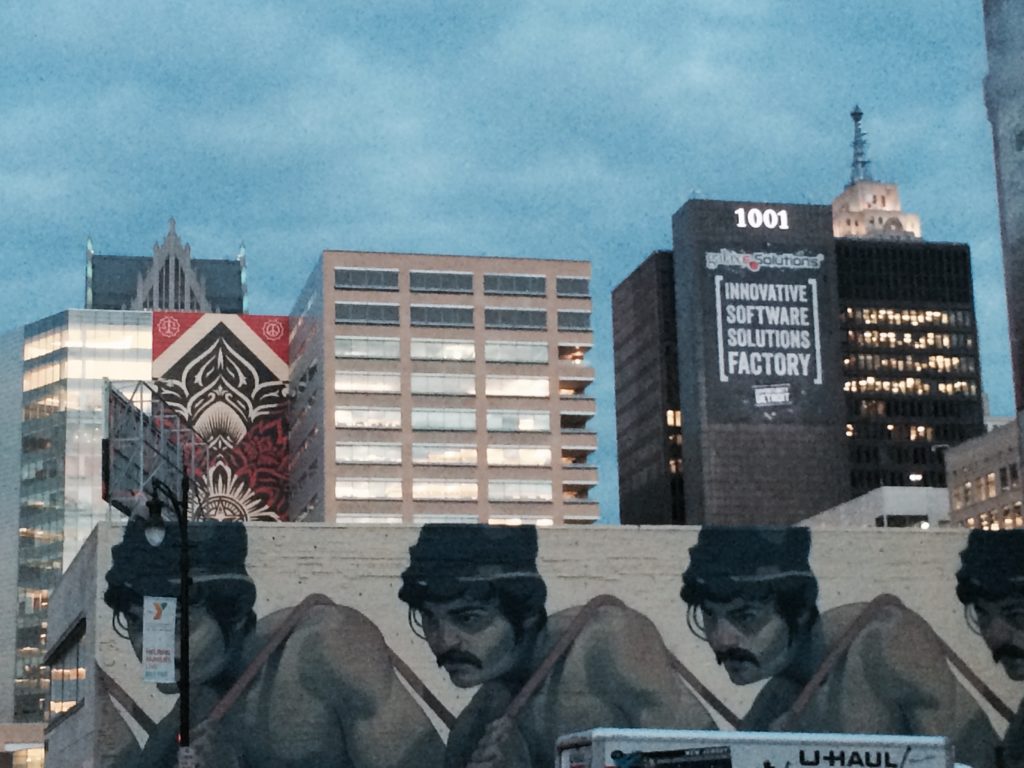 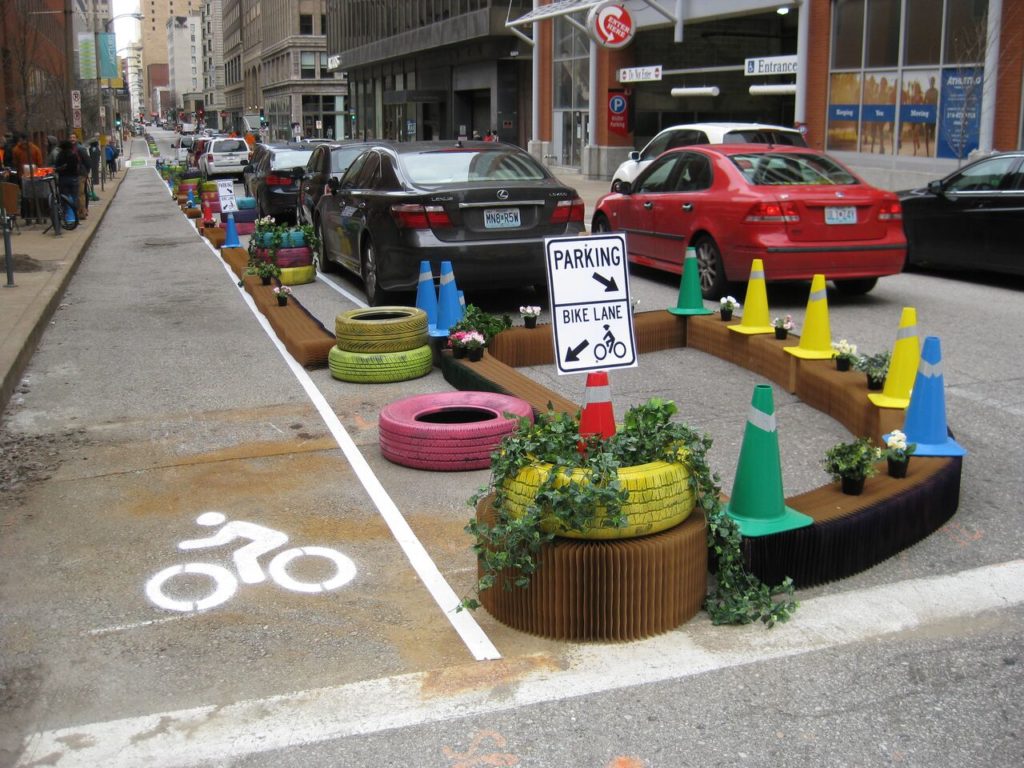 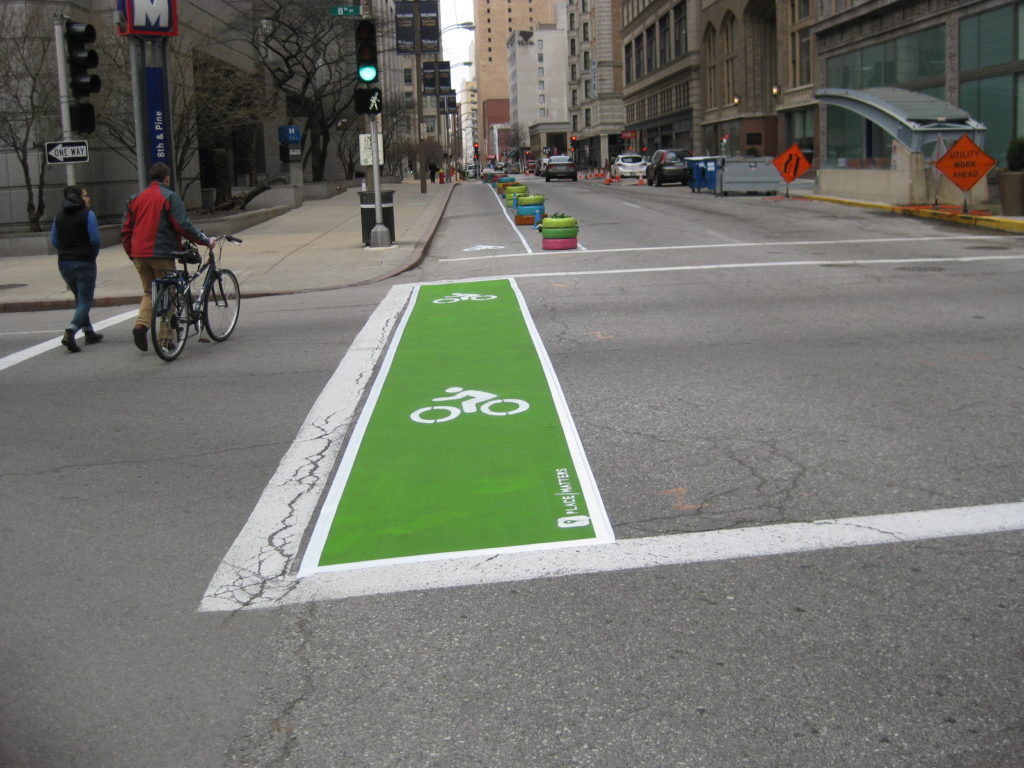 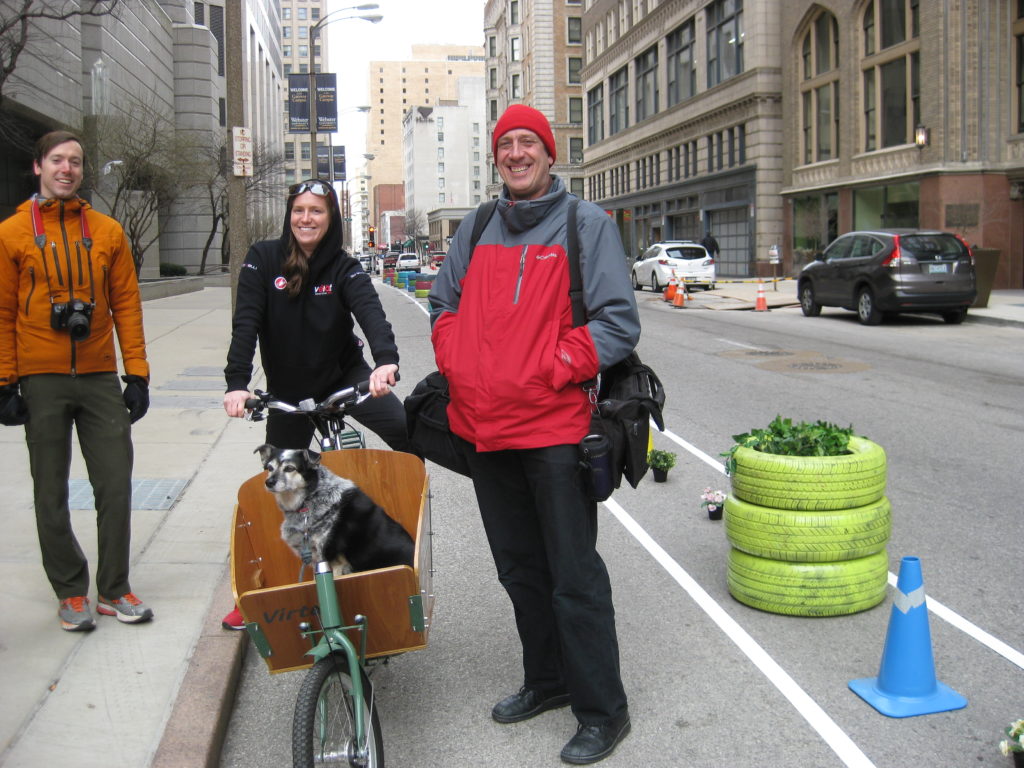