When I first starting working for our Downtown CID (at the time, more a merchant’s association), the general consensus was that we needed to go head-to-head with the mall.

Although it was 2000, people still remembered when the opening of Parkade Plaza in the 1960’s decimated downtown retail. In the first year of Parkade opening, downtown lost over 80 businesses, including JC Penney’s. It was a time-honored feud, but perhaps one better suited to an earlier era. Parkade had been devastated by the Columbia Mall, which in turn was being threatened by Wal-Mart. And no one was was fully prepared for the coming of Amazon.

Some of these people were long-time Columbians who ran family-owned businesses—so the memory of what downtown had been was still strong. What surprised me though was that so many younger business owners were thinking that the key to success was convincing all the people at Red Lobster to come and eat downtown instead (note: Red Lobster also struggling).

Of course, the true key to success is to change the rules of the game so they work for you, rather than against you.

No downtown is going to make it peddling cheap socks and laundry detergent. The field is far too crowded. Instead, aging retail centers need to determine what their strengths are and run with them. In downtown, we played up our local community of artists and worked towards art studios and retailers focusing on fine arts and crafts. And because our city was surrounded by farmland and boasted one of the nation’s top high school culinary programs, farm-to-table restaurants were an obvious choice.

A quick look at some underutilized areas of Columbia reveals other intriguing options. Unused butler buildings and small industrial space? What about a makerspace or artist studios? Since we’re home to  Stephens College and one of the top fashion departments in the nation, that also means broadening the definition of “maker” to include textile and design along with 3-D printing and Raspberry Pi.

An aging commercial corridor in need of infrastructure improvements? How about creating an innovation corridor with second-stage startups incubated at the university? Why not test new stormwater innovations as part of the infrastructure upgrade?

There are many pathways to success—the trick is finding what fits and blazing a new path. 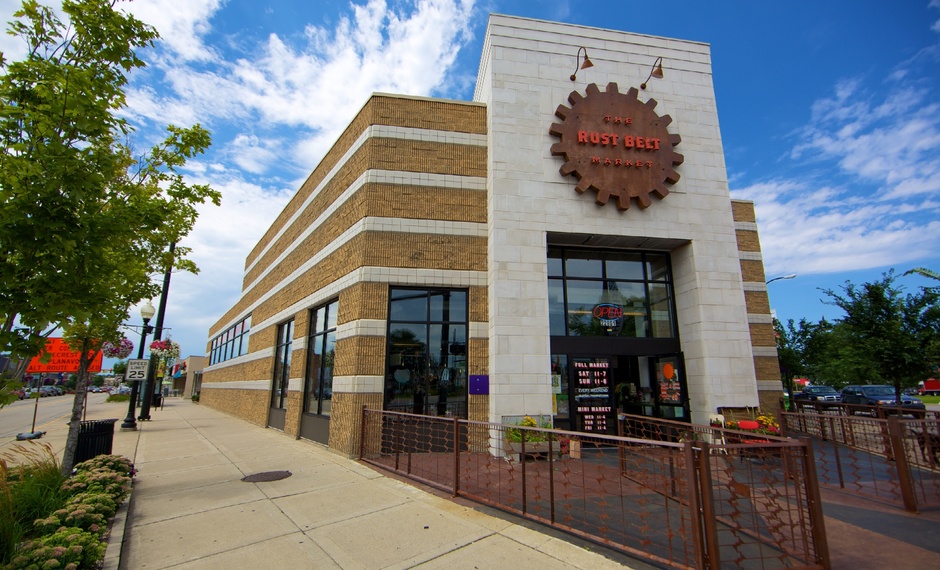 Of course, when you’re thumbing your nose at the rules, it’s even better to do it with tongue firmly in cheek. The Rust Belt Market in Detroit has certainly taken that tack. They’ve transformed a long-abandoned Old Navy into a market for artists and makers. All goods must be either handmade or carefully collected vintage—slotting neatly into the zeitgeist of the neighborhood and reflecting what’s unique to their city. And, instead of bemoaning the state of the rust belt economy, they’re reminding people that not all is lost.

And Parkade Plaza, the mall that once crippled downtown retail? After a few dark decades, it’s also found a new way forward and now focuses on education, health care, and government services along with retail. Who knows, it just might outlast JC Penney’s itself.