How do some areas of a city become known as restaurant row while others sprout art galleries? How has Florence maintained a single street devoted to silk sellers, even as the buildings along it have been torn down and replaced multiple times? How did New York City develop both a diamond district and a button district?

These are all questions Steven Johnson sets out to answer in his book Emergence: The Connected Lives of Ants, Brains, Cities, and Software. In this book, Johnson defines emergence as the “movement from low-level rules to higher-level sophistication.” Individual actors making street-level decisions will automatically and unknowingly organize those actions into a larger, complex whole—a pattern that often works better than one imposed from the top. 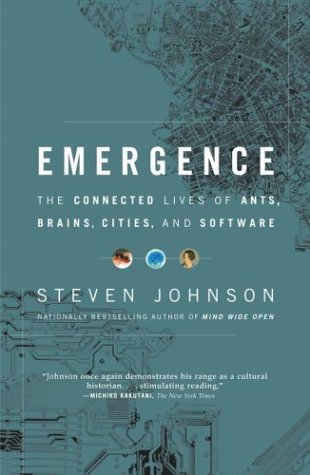 Johnson comes at this conclusion in a roundabout way—by studying everything from slime molds to ants, to computers to the internet itself. In these arenas, every decision happens on the micro level—whether it’s an ant or a byte—and patterns are created as a result of these individual actions. As he points out, “While they are capable of remarkably coordinated feats of task allocation, there are no Five-Year Plans in the ant kingdom.”

Cities operate in much the same way. Individuals make decisions about where to locate, realizing that if one button store is successful, it makes sense to have a second store with slightly different buttons right next door. Anyone looking for buttons simply visits that area of town for the best selection. We would find it ridiculous if a city commission were convened to develop an overarching plan to determine where all the button stores should be located.

Still, that’s just what some cities try to do with artist studios and galleries. So many development plans designate a particular area of the city as an arts district. Planners envision lively neighborhoods filled with resident artists and public sculptures. Setting aside the larger question of whether or not the city has either artists or people willing to buy their art, it’s often difficult to create this type of neighborhood from the top down. Artists tend to locate studios off the beaten path where the rents are low and the vacancies are high. Once there’s enough critical mass though, the area becomes a haven for art patrons. Is this planned? Not really. It’s a collection of individual actions that creates a larger, intelligent pattern.

How will Johnson’s work impact those who work on the front lines of downtown marketing and development? Perhaps more than you’d think. How often do we hear from members, citizen groups, or city officials about the need to create a comprehensive downtown plan that will guide public and private development for decades to come? How many charrettes have we attended, dutifully placing stickers next to important projects? How much room do we have left on our shelves for yet another binder containing yet another downtown plan?

Perhaps Johnson’s work will remind us that things can happen without a plan—that the collective action of individuals can often be more effective than that of a single consultant, and that great things can be accomplished through small actions.