You may have noticed construction on some of Columbia’s central city streets lately. It’s likely you’re seeing the work being completed on the new MKT-Parkade Bike Boulevard.

What is a bike boulevard you ask? Good question!

According to the National Association of City Transportation Officials, “bicycle boulevards are streets with low motorized traffic volumes and speeds, designated and designed to give bicycles travel priority. Bicycle boulevards use signs, pavement markings, and speed and volume management measures to discourage through trips by motor vehicles and create safe, convenient bicycle crossings of busy arterial streets.”

You may already be familiar with the bike boulevard that runs from the downtown area to Stephens Lake Park, going through the Stephens College campus. The boulevard provides a safe travel route for commuters, students, and families as they attempt to negotiate the narrow, crowded streets on their bikes.

Residential car traffic can still travel along the street and people can still park by the curb, but the pavement markings, signage, and other infrastructure changes make it a more bike-friendly route than other streets. 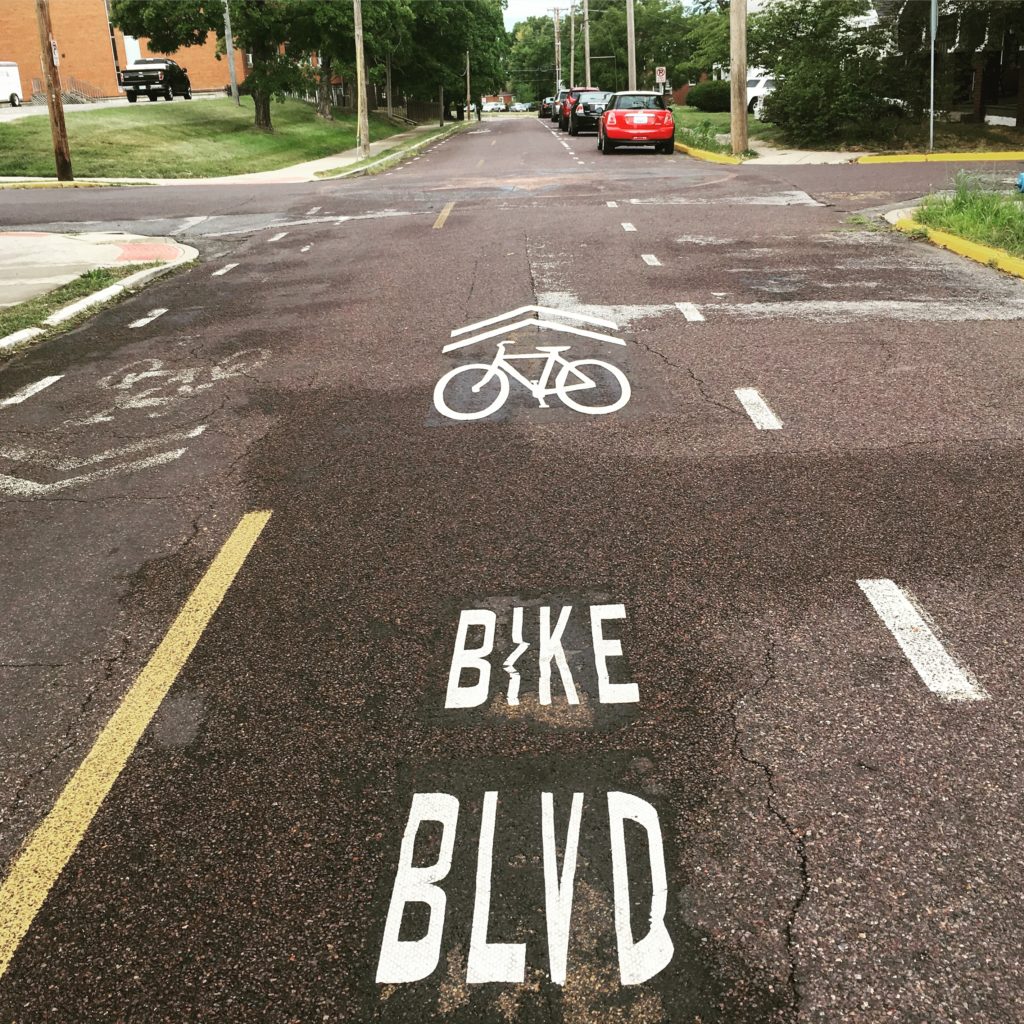 The current project under construction creates a new north to south bike boulevard that will connect Parkade Boulevard to the MKT Nature and Fitness Trail on Lathrop Road. The project also includes a spur down East Forest Avenue to Hickman High School, adding some needed safety measures for students crossing Providence. 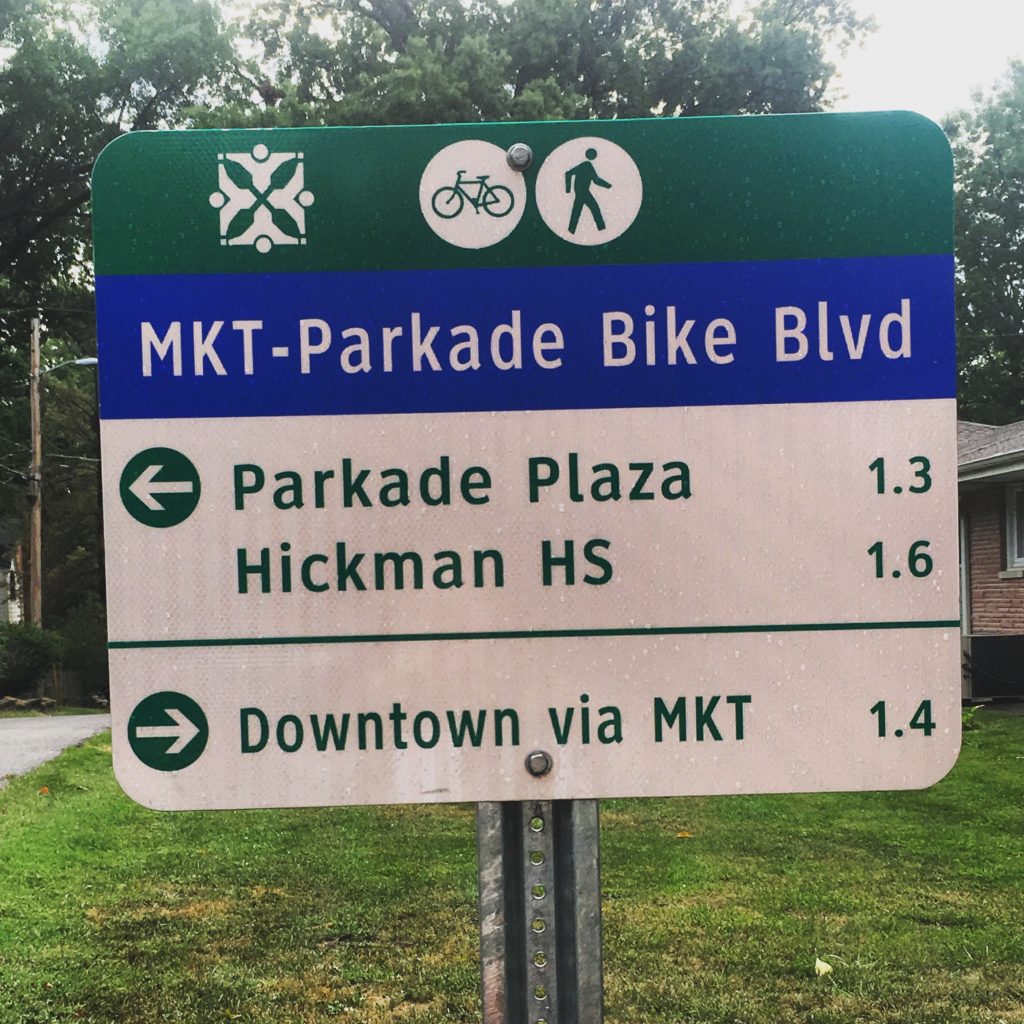 The new bike boulevard will have numerous benefits, the most important of which being the increased safety for cyclists.

Studies have found that car/bike collisions are two to eight times lower on bike boulevards than on regular streets, making it a family-friendly option for getting to a school or park.

Anyone who has tried to cross West Broadway at Aldeah Avenue or watched Hickman students play frogger across Providence will realize that the new medians, painted crossings, and signage won’t just benefit cyclists, they’ll help pedestrians as well. 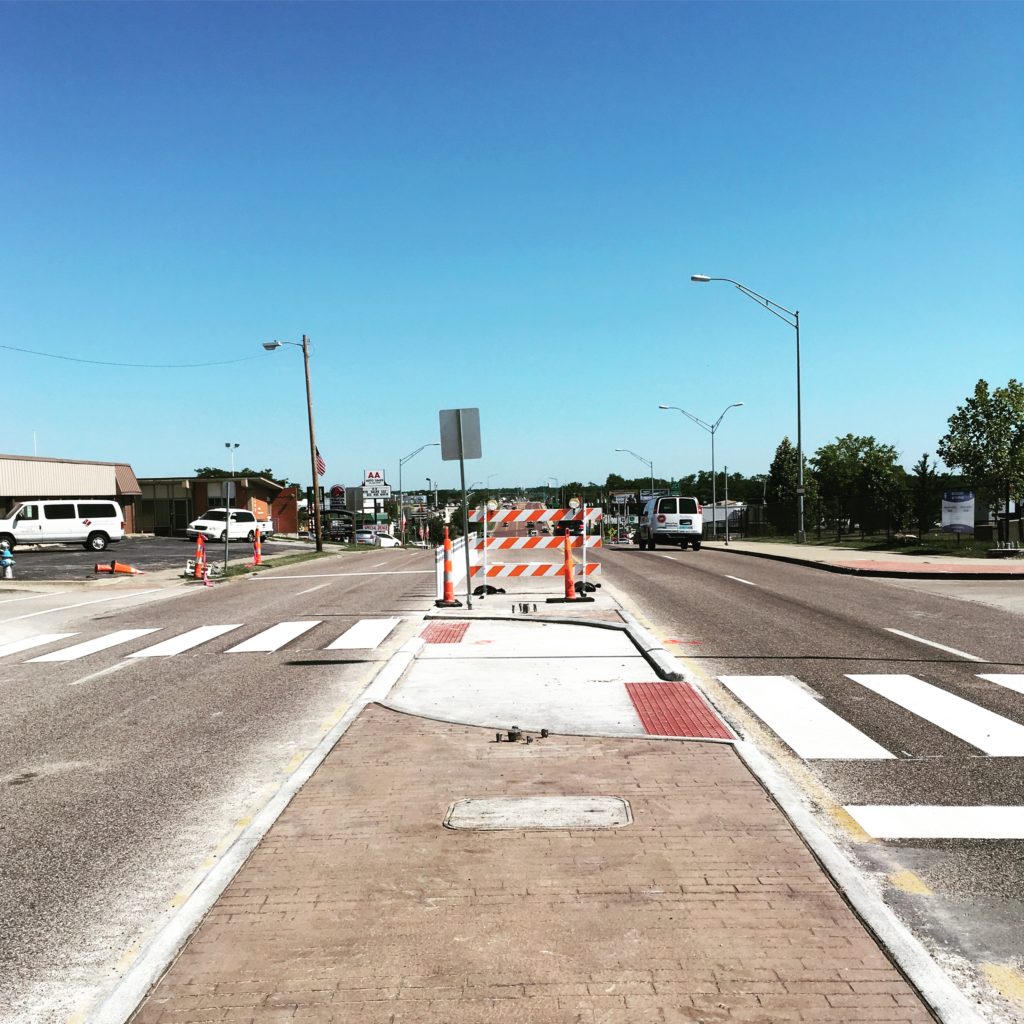 On the Business Loop, our crosswalks are few and far between, and it’s common to see cyclists, people on foot, or people in wheelchairs try to cross five lanes of speeding traffic to get to a lunch spot or grocery store.

The new bike boulevard will add a key crossing point at Madison Street by Parkade Center, which is home to several schools and hundreds of students who could be traveling to school via bike rather than by car or bus.

Kids living just south of the Business Loop may not know that the MKT Trail is only a mile and a half away—a quick bike ride to one of Columbia’s best recreational areas. Likewise, commuters may not realize how close the Business Loop is to them. If they knew, they could decide to forgo their car and opt instead to bike the short trip to work. And families will now also have a safe and pleasant route for Saturday bike rides to Cosmo Park or the MU museums on The Loop.

The bike boulevard is almost done and we hope to see you pedaling our way soon. 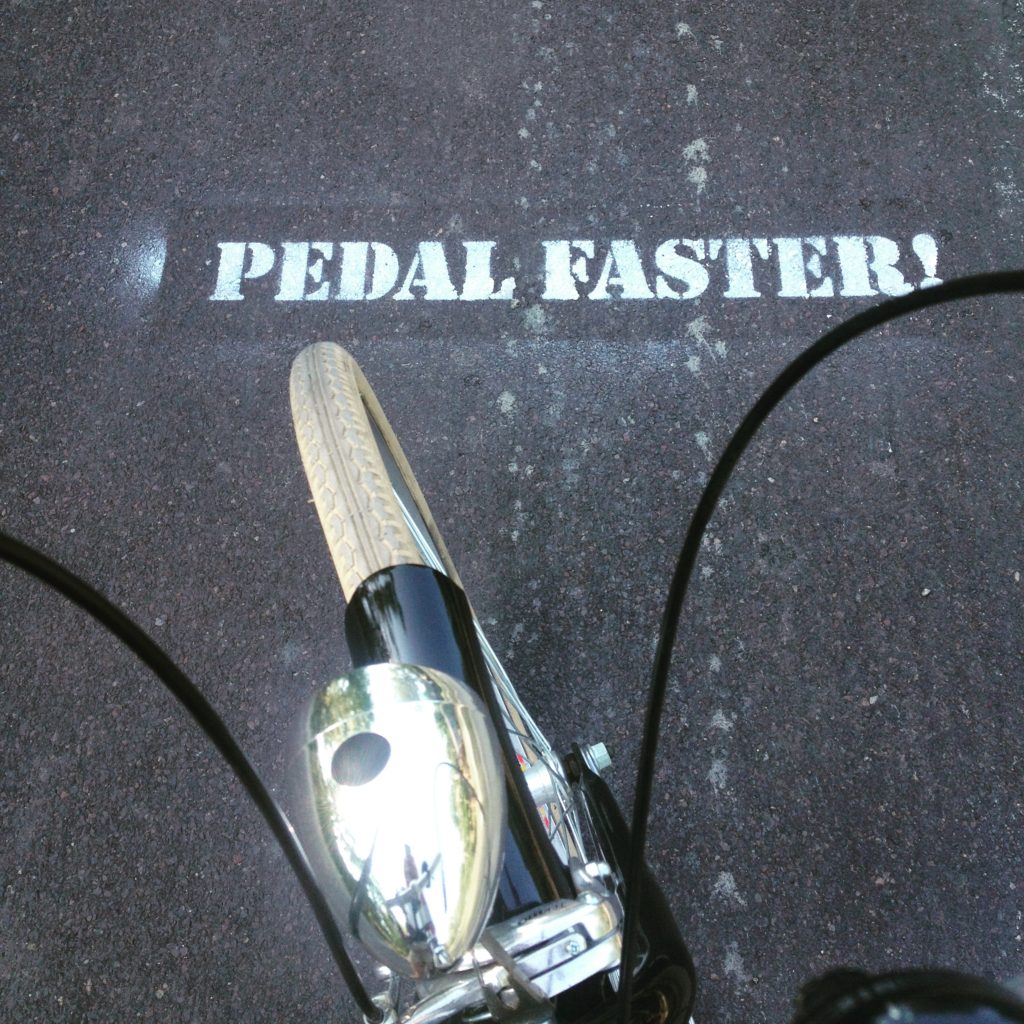 ← Attack of the Birds
Turning Smokestacks into Artistic Icons →