Matthew Yglesias has another smart column in Slate (it’s refreshing to see someone bring free market theories to bear on progressive issues). In the past, he’s offered opinions on everything from using congestion pricing to promote public transit and eliminating building height restrictions to increase economic vitality.

This time around, he’s tackling a subject near and dear to many—neighborhood bars. Yglesias’ analysis was triggered by a local neighborhood association in the DC area (or as he puts it, a “small posse of local busybodies”) whose stated mission is to:

…preserve the historic character, quality of life, and aesthetic values of this area with a particular eye toward protecting the interests of the neighborhood’s residents and homeowners.

Apparently, this means placing a moratorium on the number of bars and restaurants.

In his aptly named article, “Your Neighborhood Needs More Bars: How NIMBY stupidity is stifling urban bars and restaurants—and blocking a major opportunity for small-business growth,” Yglesias rightly argues that a concentration of bars and restaurants spurs economic development in an area. People like meeting for dinner in a locale with many options and with a range of bars for a pre- or post-dinner cocktail. Can’t find a table in one restaurant? Simply walk to the one across the street. 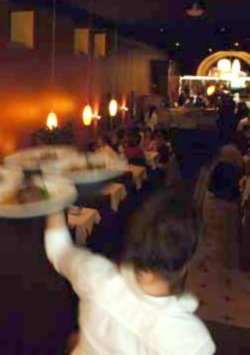 He also points out that retail is no longer the main driver for most urban cores. What the malls and big box stores didn’t accomplish, online retailers have. While there will always be a place in downtowns for unique, often local, retailers, expecting that to be the driving economic generator for a downtown is misunderstanding today’s economy. Eating and drinking, in contrast, is flat out depressing when done in a mall and can never be outsourced to the internet.

There’s a much larger issue at work here though than simply NIMBYism, and that’s gentrification. Gentrification is often one way a declining neighborhood is revitalized—people with resources buy homes in a neighborhood and begin fixing them up. With this new upsurge in investment, amenities start making their way back into the area. However, while some amenities are welcome, after a certain point the residents’ needs are met and they move to cap growth.

The problem with American urban development patterns is that once a neighborhood has its amenities, new development grinds to a halt. Wealthier new residents have more political savvy than the old ones, and they use this to impose a protective NIMBY shield around the neighborhood.

Growth is capped—whether through height restrictions, limits on density, or placing a moratorium on bars and restaurants—and the neighborhood closes itself off to newcomers. Because development is restricted, property values rise. That’s good for the people currently living in the neighborhood but it essentially shuts down the area to things like affordable housing or start-up businesses. 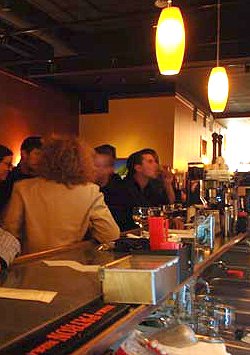 It’s actually surprisingly easy to stop growth on the local level. The threshold for a small group of individuals who don’t like something is very low—a few emails to city officials and attendance at a public hearing and they can create enough of a stir to stop any type of project with which they are unhappy. According to Ryan Avent writing in The Atlantic Cities, their investment is low but the benefits to them are high. Unfortunately, the costs are high as well and are borne by all the other residents—people who may find a job at that new restaurant or a place to live in that new apartment building.

Fortunately for Yglesias and his immediate problem, a group has been formed in opposition to both this moratorium and the increasing “not in my backyard” attitude. On their website, they highlight the fact that this issue goes far beyond the number of bars:

It has been too easy for small groups that do not represent most DC residents to derail any kind of new development in DC. With just a few signatures and some complaining, these groups successfully stop businesses and homebuilders from serving the needs of DC residents.

It’s my opinion that DC will be better off with more options for consumers, not fewer. Residents currently face increasingly unaffordable housing, and the only solution to easing this problem is to allow the supply of housing to expand. Allowing developers to build new homes and buildings will lower rents and increase standards of living in the District.

We see this all the time. Density caps are suddenly on the table once the established residents realize that rental housing is in the works. Neighborhoods lobby for the upscale amenities they don’t yet have—like art galleries or corner grocery stores—but draw the line at college bars or gas stations. It’s couched in terms of “quality of life,” “aesthetic value, or “preserving character” but at its core, it’s a highly exclusionary tactic. And, it’s a tactic that discounts the underlying power of cities—they grow stronger as they grow more open. A diverse range of people, businesses and activities not only increases the economic vitality of cities, they enhance quality of life as well.

The main question we should ask ourselves is this:  Do we want to open up our neighborhoods to change and diversity or do we want to seal them in amber, protecting what we think we have?