We recently had a spate of storms here in our city with winds up to 60 and 70 miles an hour. As I walked down our street the next morning I counted three downed trees, two damaged roofs, and one destroyed car. A few weeks later, another storm front came by snapping utility poles in half, pulling trees out of the ground, damaging houses, and leaving thousands without power. 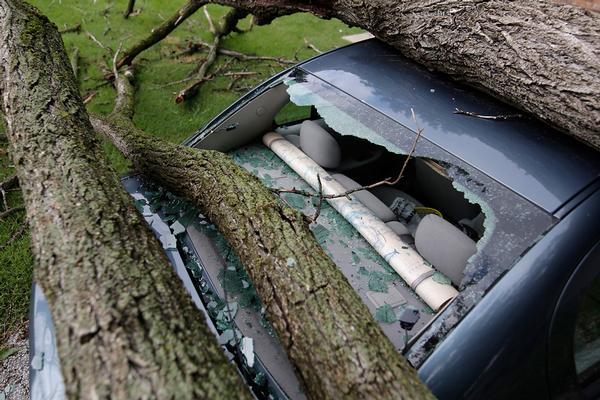 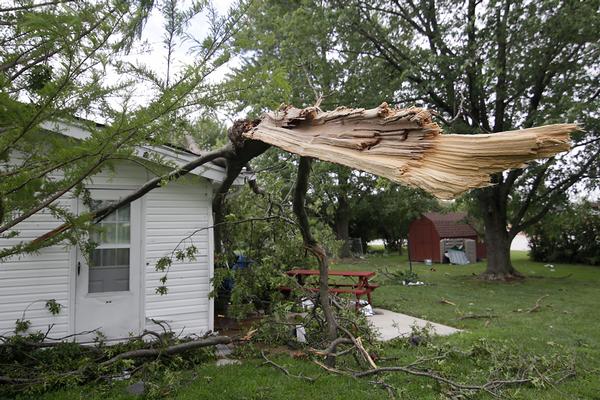 The damage was most severe in the older sections of town and that’s to be expected with an aging tree canopy. On our street for instance, most houses are pushing 90 years old and are populated by renters or DIYers like us who spend our weekends and our extra cash fixing up our homes. Few of us have the funds to do much tree pruning. The second storm struck in a more well-to-do neighborhood and I was surprised to see that many of their trees were in the same shape as ours. It makes some sense—trees are wonderful additions to the landscape and removing them is a tough decision, even when they’re long past their prime. 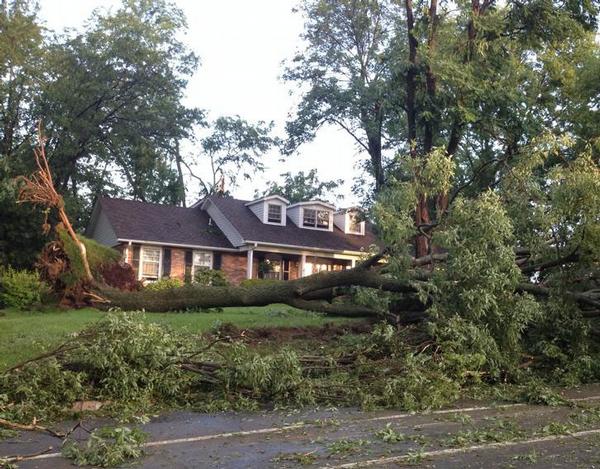 Lately though this sentiment has been taken a step further, as evidenced when a nearby property owner removed several large, aging trees from his yard over the winter. His rationale made sense—the trees were approaching the end of their lifespan, winter is the best time to drive large equipment across a yard, and he had an entire landscaping plan ready to go once spring arrived. In short, trees age and it’s best to deal with that fact in a planned manner, rather than simply waiting for one to fall on your house.

These reasons did little to stop the uproar from his neighbors. The public outrage against the removal of the trees was so bad lawsuits were threatened and the story was picked up by the local press. By the time our summer storms hit however, most of his older trees had been removed and his yard was newly landscaped. A couple trees on the outskirts of his yard were uprooted but nothing like the damage his neighbors suffered.

A different person may have buckled under the public protest and had it been a city project, that would likely have been the case. I’ve seen any number of good and necessary projects set aside by public officials who simply can’t handle the backlash from small but highly vocal groups of citizens. This type of outcry can stop a public discussion in its tracks, making any issue untouchable. But instead of creating a third rail, it makes much more sense to mind the gap.

It’s becoming increasingly difficult for public entities to effectively manage change. Not every option is a good one but refusing to allow the consideration of any option means that a city will be overtaken by events. We lurch from crisis to crisis because a vocal minority is preventing any discussion of options. We see this on the local level and on the federal level. Instead of managing change, we spend our efforts trying to deny its inevitability.

Colson Whitehead, writing for the New York Time Magazine, describes how New Yorkers begin building their city the moment they arrive, creating nostalgia for a city that hews to their very first memories of the place—regardless of whether those memories are from 1954, 2004, or 2014. To those struggling to hold change at bay, he offers the following:

To put off the inevitable, we try to fix the city in place, remember it as it was, doing to the city what we would never allow to be done to ourselves. The kid on the uptown No. 1 train, the new arrival stepping out of Grand Central, the jerk at the intersection who doesn’t know east from west: those people don’t exist anymore, ceased to be a couple of apartments ago, and we wouldn’t have it any other way. New York City does not hold our former selves against us. Perhaps we can extend the same courtesy.

Although it was written right after September 11, as New Yorkers were coming to terms with the loss of their skyline, it’s relevant in any time, in any city. Perhaps when we see people struggle against changes to their city, what they are really worried about changes to themselves.

Cities are living, changing entities and to believe otherwise is folly. The trick isn’t to try and preserve a city in amber—the trick is finding a way to manage change so the city becomes what we want it to be.

← Six Californias
What do cyclists want? →