Planning for the People

John Cleese, who played the inept hotel manager in the English television show Fawlty Towers, once described his character as someone who “could run this hotel just fine, if it weren’t for the guests.” 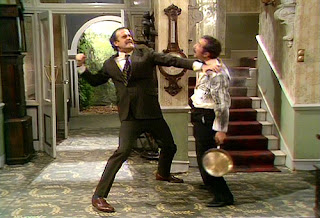 It raises a chuckle in the context of sitcoms but when it comes to urban planning, this sentiment can be all too common. I was taken aback recently by someone who pointed out that his organization could create a good downtown plan–provided they did not have to answer to downtown property owners, business owners, or residents. As if a few well-drawn maps collected in a binder could be considered a plan.

This attitude is more common that one would think–a single individual contacting my office, hoping to bypass the messy process of dealing with the public, asking me to simply “make something happen.” They’re forgetting that if the public isn’t on board–and I mean ready to act and invest–there is no plan. What you have is a collection of maps in a binder.

Planning is about much more than ideas–it’s about implementation. And implementation requires you actually work with property owners, business owners, and residents. Planning is about encouraging property owners to take a leap of faith on a development project. It’s about helping promote someone else’s great idea for a business. And it’s about pushing obstacles out of the way of someone who’s moving in the right direction.

Like Cleese’s hapless hotel manager, a “downtown planner” may find it much simpler to get his work done without the public getting in his way. But, like Fawlty Towers, will anyone want to visit in the end?