On a recent post about restoring the downtown street grid, Matt Boehner, planner for our city’s Parks and Recreation Department, had a great comment about reclaiming streets. Without a doubt, the default use of streets has become cars and any other use is considered an exception to that rule. (In fact, Vox recently had a great article on how the “crime” of jaywalking was essentially created by the automobile industry.)

My experience with closing streets was just as fraught. The overall assumption was that cars were the only way customers entered downtown and any closure—for a festival, a parade, or for live music—interrupted the regular order of business. This is despite strong evidence that shows retail shops located on bike-friendly streets can see up to a 49% increase in sales. Of all the issues I dealt with downtown this was, surprisingly, the one people got the most heated about.

Now certainly, streets should be accessible to all modes of travel and the mixed history of closing streets for dedicated pedestrian use has shown that without steady drive by traffic, the businesses along that stretch of road tend to slip from the public consciousness. However there should be a broader acceptance of what we use our streets for and an understanding that public streets should be open to a more diverse swath of the traveling public.

In cities like New York where density is high and open spaces may be few and far between, play streets have historically been a part of the urban fabric. 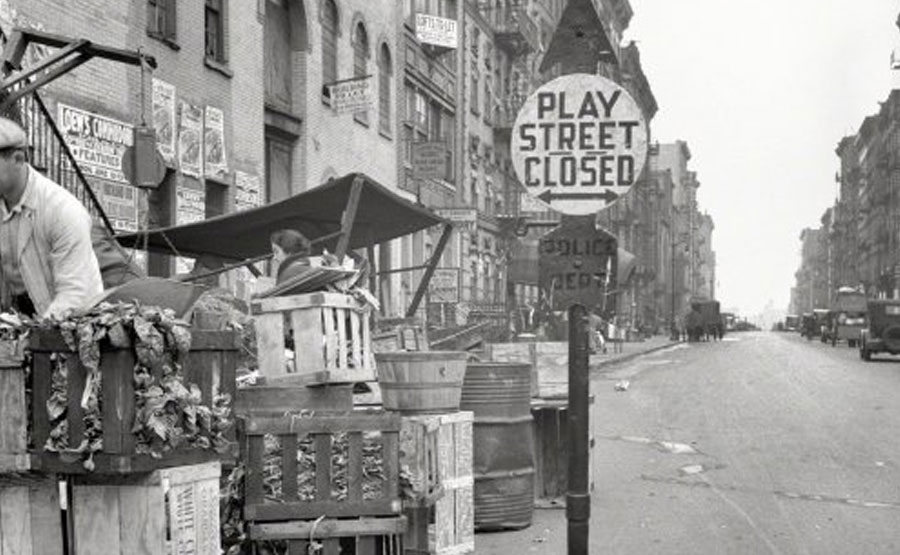 This isn’t guerrilla urbanism—it’s been codified into the system. In fact, that’s the overall difference between guerrilla urbanism and tactical urbanism. The former works completely outside the system while the latter is seen as more of a beta-test leading to lasting, legitimized change.

Perhaps here in our city we can start relegitimizing some of these alternative uses for streets and, if we can, maybe we’ll start seeing them less as alternatives and more as standard operation procedure.