In a fascinating experiment, Fast Company brought in teams of urban planners to tackle the new SimCity. All were supporters of New Urbanism, an urban design movement that focuses on sustainability, walkability, mixed-use developments, and connectivity.

The results were disastrous. Although the planing teams began with the best of intentions, they instead ended up with coal-fueled cities, sprawling suburbs, high taxes, and casinos. 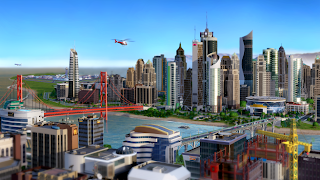 Part of the problem was that the planners–just like real-life city governments–fell prey to short term thinking when the financial incentives for “bad” planning behavior were simply to appealing to ignore. But the larger problem was thinking that every element of city life can be controlled from the top.

The game’s beauty lies in the fact that–like in real life–creating a “perfect” city is impossible. What makes cities great, rather, are their imperfections. By placing millions of error-prone humans within a limited vicinity, cities constantly force their inhabitants to bump into one another physically, mentally, and emotionally. A truly great city isn’t governed by an algorithm, it’s one that routinely delivers the unpredictable.

← How Bikes Can Save Us
Emergence →