What Pokemon Go Can Tell Us About Our Cities

By now, we’ve all read the articles about the Pokemon Go phenomenon— it’s better than Fitbit at getting people moving, people’s legs hurt because they are walking so much, and everyone from retailers to Hillary Clinton is learning how to take advantage of the crowds of people out and about hunting Pokemon.

If you’re one of the 6 people on the planet who has not heard of this game, it’s a smart phone app based on the mid-1990’s video game and subsequent trading card game where you collect Pokemon (“pocket monsters”) and then battle with others at gyms. What makes it so compelling is that it’s based on augmented reality so Pokemon can be spotted in real life situations (via the camera on your phone.) 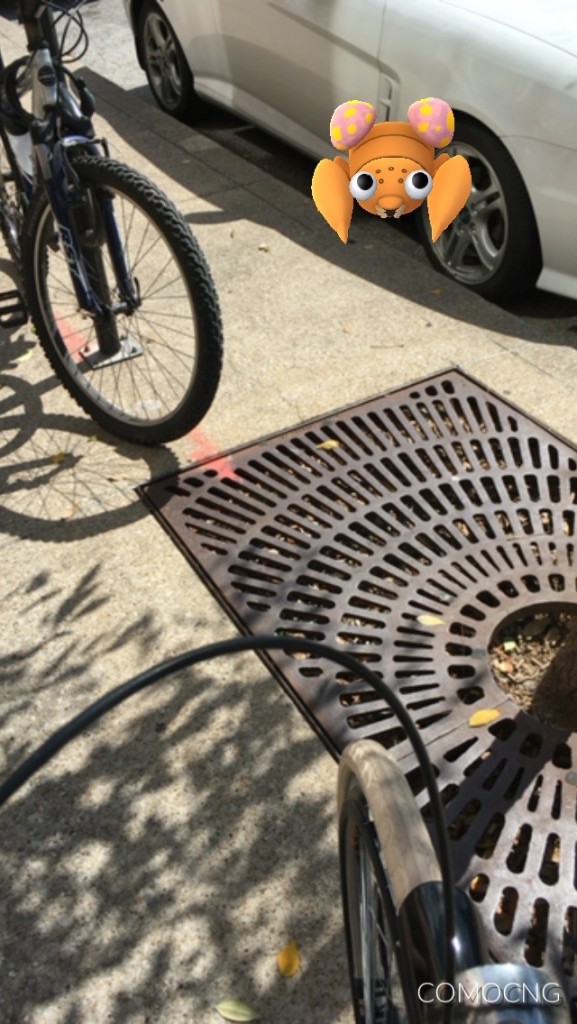 In addition, Pokestops (where you can stock up on pokeballs, lures, and other supplies) and gyms (where you battle other players) are all based on actual physical locations. Players can also attach “lures” onto Pokestops to attract Pokemon to that location. While this has caused some problems—particularly in areas such as Arlington National Cemetery and the Holocaust Memorial Museum—they are mostly found at parks, public art installations, and historic buildings. 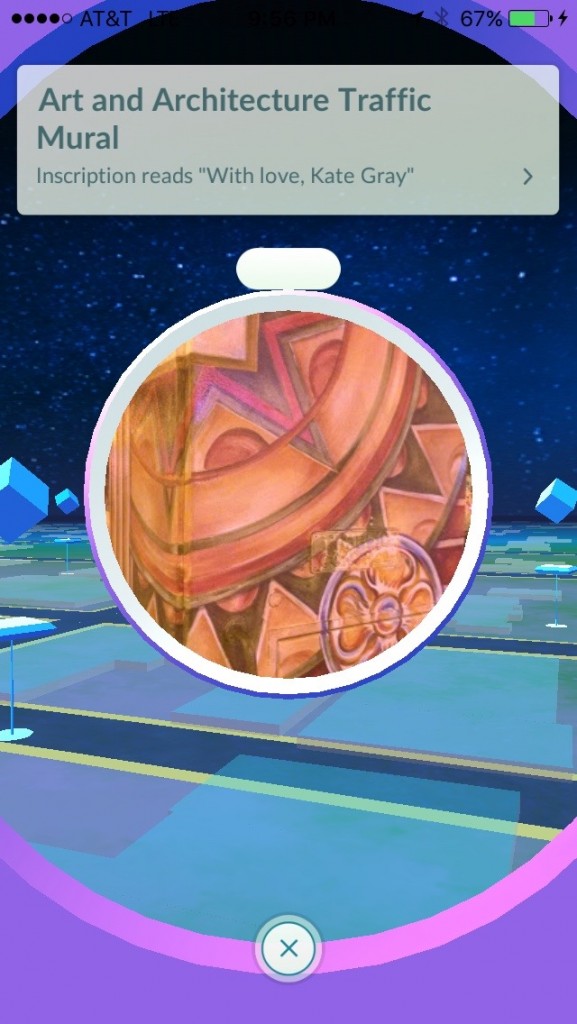 Pokemon Go has had an immediate and profound effect on how people use their cities. We’re now seeing a lot more people walking around our downtown than before, and at all hours. People are gathering at Pokestops or spawning nests to play and while everyone is still looking at their phones, it’s clearly more of a community activity than simply texting or posting to Instagram. Even if the long-term popularity of Pokemon Go wanes, the possibilities for augmented reality are virtually endless. (Imagine, for instance, using augmented reality for a historic walk or locative art.) 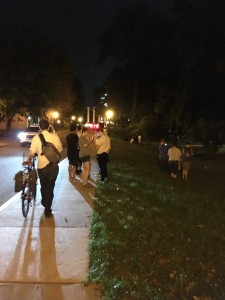 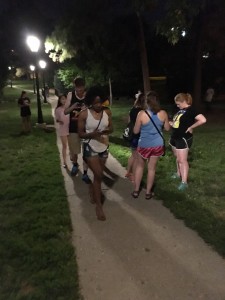 Although these are all interesting outcomes to ponder, what I find most fascinating about this game is the vision of my city it provides. While you catch Pokemon in augmented reality, the game itself is essentially overlaid onto Google maps. As such, it gives you a sense of the texture of your city.

Here is a screen shot of my downtown. In it you can see a gym, a dozen Pokestops, and half a dozen lures (which look like confetti). This rich online tapestry is indicative of real world activity. Just one glance will tell you that this downtown has historic sites, public art, parks, and people. In short, this exuberant online world represents a place you’d like to be. 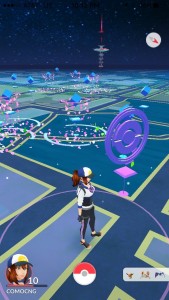 Contrast this with the two maps below. The first is a major arterial road that passes through a strip of big box stores and then connects to I-70. The second is the local mall. While they are both fairly successful commercial areas, they’re pretty boring in the Pokemon world. No green space, no art, no natural gathering places for people. Certainly, these are places that are useful in our city and of course, we’ll eventually want to buy something. Why, though, would we ever want to spend more time than absolutely necessary in these areas? We need to start asking how we could make these spaces more inherently interesting. 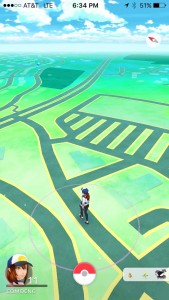 Pokemon Go is just a game—and who knows, it may be a fad that’s here and gone within a few months. What it tells us about our cities though, is lasting.

← This IS my neighborhood
City Shots →